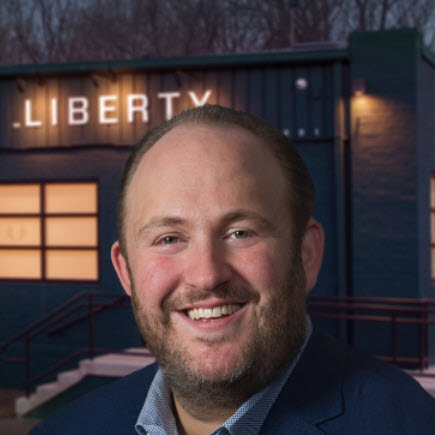 Holistic Industries Founder and CEO Josh Genderson last spoke with New Cannabis Ventures in September 2020. Since then, the company has remained private as it continues to grow. Genderson checked in to discuss the company’s history of organic growth and its evolving perspective on M&A. The audio of the entire conversation is available at the end of this written summary.

Holistic has brought on new leaders to help manage its growth and further streamline the consumer experience. Robby Saady joined the company as Senior Vice President of Corporate Development. He comes with experience in the music business, where he oversaw the acquisition of festivals and events. Saady also worked closely with states on cannabis consumption at festivals.

Ed Gehres brings his operations experience to his role as Executive Vice President of Operations at Holistic. He is helping the company’s operations team to become even more efficient, according to Genderson.

A Growing Facility and Retail Footprint

The company was awarded licenses in West Virginia near the end of last year, and it is excited about prospects in this market. The state’s regulators are collaborating with operators, according to Genderson, and he expects the state to have a strong program. Holistic is planning to have its West Virginia grow/production facility built out by the end of Q3, with its stores opening up around that same time.

Holistic is growing its footprint in other states as well. It recently opened a fifth retail store in Pennsylvania and a sixth is under construction. The company has also more than doubled its canopy size in the state. It has strong market penetration with its branded products on shelves in every store in the state, according to Genderson.

In Michigan, the company opened its first superstore in Madison Heights, a suburb of Detroit. The vertical facility includes grow, processing and retail. Located between a Costco and Sam’s club, the facility is in a prime spot where many consumers do their big-box shopping, according to Genderson. The company also has a store in Ann Arbor, and it was awarded the first consumption lounge in Ann Arbor. Holistic has a medical retail store in Detroit as well.

Holistic has also opened a number of new stores in California, including locations in Van Nuys and San Francisco.

Genderson is also excited about the company’s prospects in the Missouri market. Holistic has a presence in Kansas City, St. Louis, Columbia and Rolla.

Headquartered in Washington, D.C., Holistic has a front-row seat to much of the buzz surrounding federal legalization of cannabis. The possibility of that regulatory change is front-of-mind for the company’s team. It continues to look for ways to lower its cost of production, and Genderson sees Holistic’s focus on building hubs across the country as an important part of its strategy.

Holistic has a history of organic growth via license wins. It currently has a number of pending applications in states like New Jersey, Virginia, Illinois and Georgia. Delays in the application process have become fairly typical in the industry, and the company is prepared for that wait. It takes the approach of lining up a local team and property so it can hit the ground running if it wins a license in any of those states, according to Genderson.

The company has largely looked at M&A as a tool to gain a broader presence in markets where it is already vertical. It has done tuck-in acquisitions, acquiring dispensaries and IP in its existing markets. But, Holistic’s view on M&A is beginning to evolve. The company has reached the point where it is in a good position to integrate, according to Genderson. The team is considering the potential of transformative deals that could land the company one of the biggest footprints in the U.S.

Holistic is also branching out into markets such as Oregon, Washington and Colorado, which it has historically considered not a fit for its model. The company is licensing its successful Jerry Garcia brand to operators in those states.

The company recently launched the Liberty Wallet app, which offers consumers a cashless payment option and rewards program. Consumers can use the app for online ordering and secure payment, and they receive rewards for the purchases they make. Genderson grew up in a retail family, starting his first job in the space at 14 years old. He is always looking for ways to improve the retail experience, and Liberty Wallet is another push in that direction.

The development of Liberty Wallet was led by CTO John Brown, who comes from the banking world, and Holistic’s technology team.

Operating as a Private Company

As a private company, Holistic has found that capital is available to companies that deliver on their promises, according to Genderson. He sees Holistic in a strong capital position, and the company is able to continue growing privately. But, the team remains open to the possibility of pursuing a public path, whether as a means of accessing capital or as a part of an M&A transaction.

Over the past three years, Holistic has experienced approximately 150 percent growth each year. The company had not opened a new production facility over that three-year period, but it is bringing online new or expanded cultivation, production and processing facilities this year in states like Michigan, Missouri, West Virginia, Pennsylvania, Maryland and Massachusetts. New production, as well as new retail stores, will quickly translate into revenue for the company, according to Genderson.

Each department within Holistic has KPIs, smaller goals that combine to drive toward the company’s collective goal of increased revenue, margin and EBITDA.

Among the company’s many metrics, happiness plays a key role. Genderson is cognizant of the shifting labor paradigm and wants to ensure the company maintains its culture and remains a good place to work as it continues to scale. Ultimately, Holistic is focused on achieving the goal of becoming the top private MSO in cannabis.