On the heels of a massive move in its stock so far in 2016, Terra Tech (OTC: TRTC) has filed a preliminary proxy and a preliminary prospectus with the SEC this morning. The moves follow the recent closing of the acquisition of California’s Blum Oakland, which is expected to add $9mm to its sales in 2016 based on being part of the company for three quarters.  Terra Tech is also opening its first Nevada medical dispensary this month, with others to follow. The company sells IVXX branded products in California and operates Edible Garden, a national brand grown by a Co-Op of local growers of fresh, hydroponic produce.

The preliminary proxy listed 8 purposes, including 7 votes required of its shareholders:

2. To ratify the appointment of Tarvaran, Askelson & Company as our independent registered public accounting firm for the fiscal year ending December 31, 2016;

4. To approve an amendment to the Company’s Amended Articles of Incorporation to increase the authorized number of shares of common stock and preferred stock to 950,000,000 and 50,000,000, respectively;

5. To approve an amendment to the Company’s Amended Articles of Incorporation to implement one or more Reverse Stock Splits of the Company’s common stock at an aggregate ratio of not less than one-for-five and not more than one-for-twenty, within the discretion of the Board of Directors, at any time or from time-to-time prior to July [__], 2017;

6. To hold a stockholder advisory vote on the compensation of our named executive officers disclosed in this proxy statement under the section titled “Executive Compensation”, including the compensation tables and other narrative executive compensation disclosures therein, required by Item 402 of Securities and Exchange Commission Regulation S-K (a “say-on-pay” vote);

7. To hold an advisory vote on the frequency that stockholder advisory votes to approve the compensation of our named executive officers will be taken (a “say-on-frequency” vote); and

8. To transact such other business as may properly come before the Annual Meeting or any adjournment or postponement thereof.

The date hasn’t yet been set, but the two key issues are to increase the authorized shares and to allow for a potential reverse split.  The latter would be part of a potential uplisting to the NASDAQ.  The company cited three reasons that it wants to potentially reverse-split the stock:

The Board recommends granting it authority for one or more reverse stock splits for the following reasons:

·The Board believes that a reverse stock split is the most effective means of increasing the per-share market price of our Common Stock in order to satisfy certain quantitative standards for it to become listed on a securities exchange;

·The Board believes that a higher per-share market price of our Common Stock could encourage greater investor interest in us and promote greater liquidity for our stockholders; and

·The Board believes that a reverse stock split is advisable to maintain our financing and capital-raising ability and better position us to continue and/or expand our operations.

The preliminary prospectus, an S-3, would allow the company, once the prospectus is effective with the SEC, to sell up to $75mm in securities.  The company last filed an S-3 in 2014 but later withdrew the filing, opting instead for an S-1.  The S-3 is a more flexible filing, as it allows the issuer to make offerings without having to continually update the filing for quarterly reports and allows for a wide variety of securities to be potentially issued.  The TRTC S-3 lists several classes of potential securities to be issued, including common stock, preferred stock, debt securities, warrants, rights, purchase contracts and units. 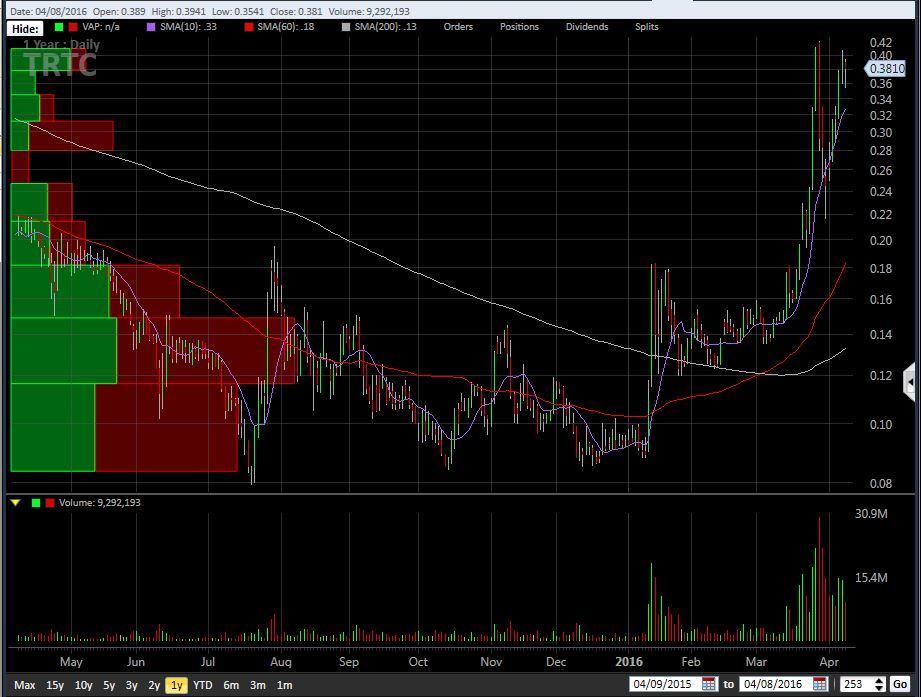 The stock is the only OTC cannabis stock that was trading in late 2013 that trades at a substantially higher price today than then: 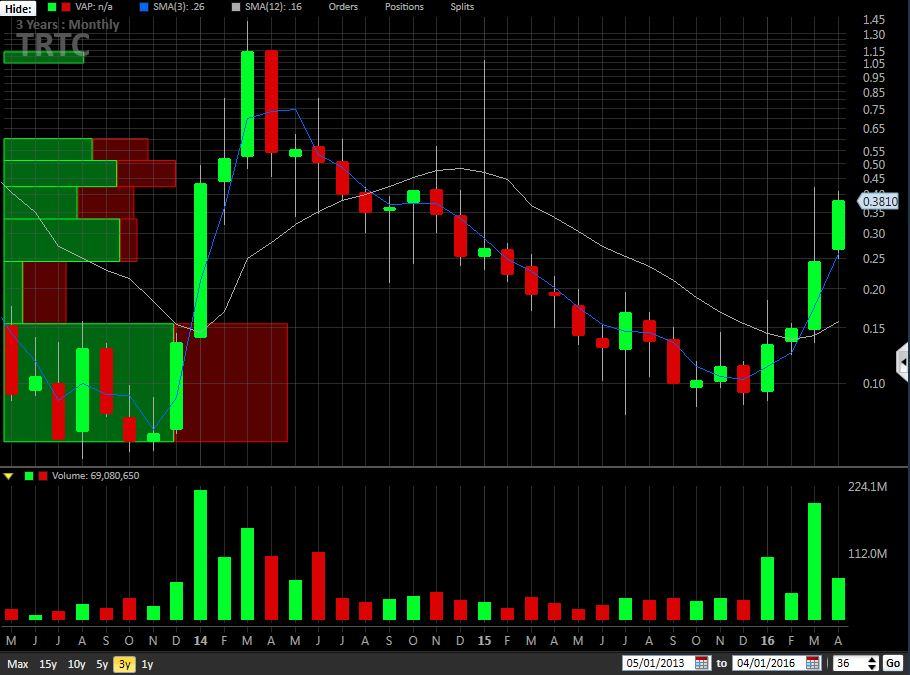