The company, which has a market capitalization of approximately $117 million and has generated $1.2 billion year-to-date sales through the first three quarters of its 2018 fiscal year, unveiled a new strategy, “One Tomorrow” and provided details about the acquisitions, including a 75% equity  stake in Canada’s Island Garden and a 80% stake in GoldLeaf Pharm. The acquisitions were made through its wholly owned indirect subsidiary, Canadian Cultivated Products, Ltd. Neither the filings nor the press release detailed the transaction costs, and the company didn’t respond to an inquiry during the conference call but said that it would do so at a meeting in the summer.  It expects to fund the expansions in Canada through cash flow generated from the operations.

Alliance One International also made an investment into a North-Carolina based company, Criticality, acquiring a 40% stake with the ability to increase the ownership to 50% after March 31, 2020. Criticality is part of a pilot program in North Carolina and intends to extract CBD from industrial hemp, with a five-year goal of becoming a “leader in CBD production and consumer products.” The company’s 10-Q filing showed an investment of $10 million, which is likely the purchase cost of the transaction, which closed in December.

Alliance One International’s stock closed at $13.00 in trading on Thursday but was quoted as high as $15.10 in after-hours trading. AOI has traded as high as $65 over the past decade: 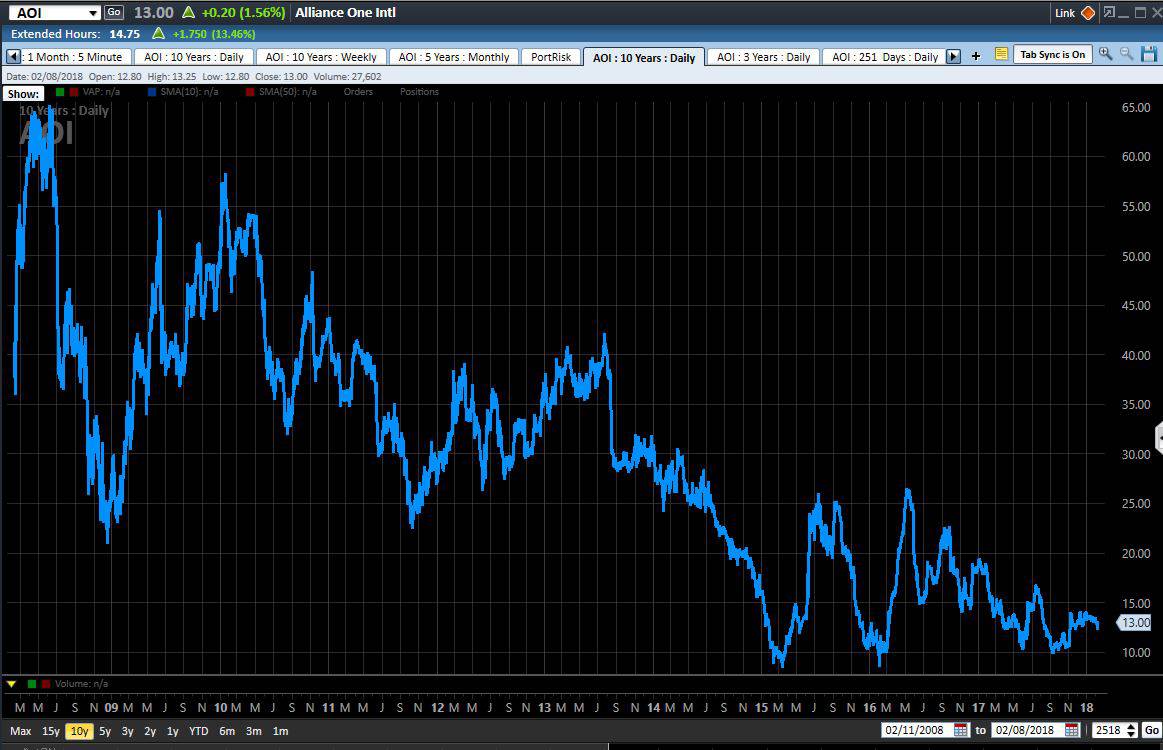