The SEC issued a press release yesterday: Marijuana-Related Company Charged with Scheming Investors. More than two years after having suspended trading in FusionPharm (OTC: FSPM), it brought charges against CEO Scott Dittman and his brother-in-law, William Sears. When the agency suspended trading in May of 2014, it shared very little information, which is typically the case:

The SEC alleges that Sears and Dittman hired Cliffe Bodden to create fraudulent corporate documents that allowed FSPM to issue stock to three companies controlled by Sears, who allegedly sold over $12mm in restricted stock. The SEC said that FSPM used some of this cash to report as revenue.  Dittman and Sears face criminal charges from the U.S. Attorney as well.

In the year preceding the suspension by the SEC, I never advocated investment in FSPM, which repurposed shipping containers into “PharmPods” designed for cannabis cultivation, as I felt the valuation was insane, and that was before it took off at the beginning of 2014 only to later implode:

The company reported just 3mm shares at the end of 2012 and then 8mm at the end of 2013, suggesting a relatively low market cap  of about $4mm at the end of 2012, when the price was just $0.48, but the capital structure included a convertible preferred that added another 147mm shares upon conversion. So, rather than $4mm, the company was really valued at about $74mm, which was crazy for a company that reported sales of just $594K in 2014. At its peak in early 2014, the company was valued at almost $1.4 billion assuming conversion of the convertible preferred. I cautioned members of 420 Investor and also discussed the issue publicly on Seeking Alpha in early 2014.

I first reached out to CEO Dittman in October of 2013, questioning him about his financials.  In a nutshell, the company was overstating its earnings per share, which were reported at $0.10 for the year ending December 2012, as it failed to incorporate convertible preferred securities. Making the adjustment, the EPS would have been less than $0.01. I didn’t hear back after repeated efforts and then had a mutual friend introduce us.  I was never able to get my questions answered despite his telling me that he would respond. While he didn’t ever discuss this with me, the company did change the way it reported its EPS going forward, factoring in the convertible preferred shares.

I ended up escorting a group of 420 Investor members to visit the FusionPharm factory in February 2014, right near the peak of the run in the stock. While many penny stocks are total shams, it was quite evident that FSPM was busy. In the Q1 financials filed in May, the company disclosed a backlog of 20 units as of March 31st.

There were other signs that FSPM was “real”. For instance, the company was a booth sponsor at big industry shows, like at NCIA’s Cannabis Business Summit and the Marijuana Business Conference & Expo in Las Vegas. In fact, they continued to do so after the SEC suspension.  Here is CEO Dittman, on the right, with his team last year in Las Vegas: 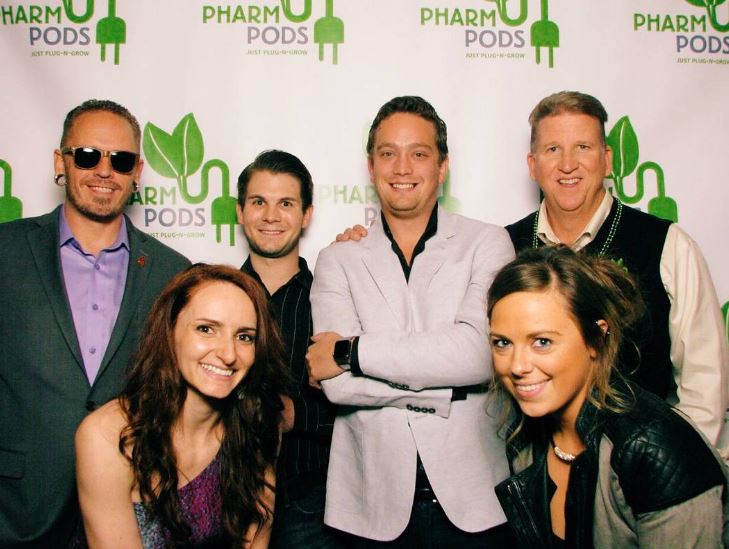 Additionally, about a year ago, the company completed an installation for the CannaVative Group in Reno, which also shows the PharmPod on its website: 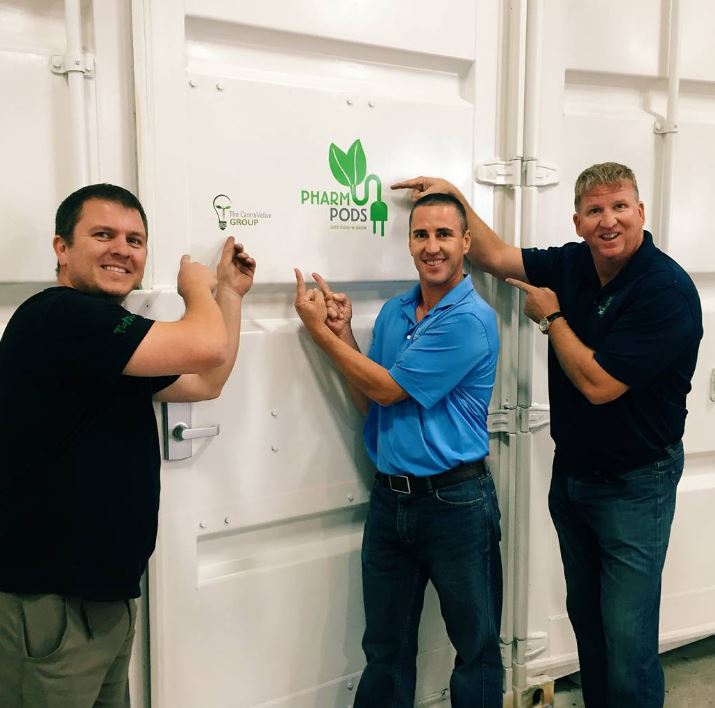 Anyone who ever bought FSPM has been wiped out, as the stock trades at 1/10 of a penny (and infrequently).  While it’s not clear to me that the sales reported by the company were entirely faked, as the SEC seems to imply, there were plenty of red flags here. First, the company didn’t file with the SEC. Instead, it took a less rigorous approach, filing with OTC Markets. Investors should steer clear of companies that don’t file with the SEC. Second, it is imperative that investors pay attention to the capital structure of any company, but especially penny stocks.  In this case, the company fully disclosed convertible preferred shares that boosted the share-count by almost 20X, yet few seemed to be aware despite the fact that the holders were actively converting preferred shares to common shares. Finally, no matter how “real” a company might appear to be, investors should make sure that the business fundamentals support the valuation.  In this case, even before the big run in early 2014, it was impossible to justify a valuation of $74mm at year-end 2013 for a company that wasn’t generating even $1mm in sales.

The SEC doesn’t have the manpower to police the entire penny stock market, and investors and traders should be especially cautious at this time. Cannabis stocks have rallied over 15% to begin September as measured by the Cannabis Stock Index, and there are signs that speculators are showing up early for what should be a very big election season. Arizona, California, Maine, Massachusetts and Nevada voters will all be weighing in on cannabis legalization for adult use, while several other states will be contemplating medical cannabis programs. Publicly-traded cannabis stocks, for the most part, are poor investments at best and are often outright scams, and the FusionPharm saga is just more evidence of the risky nature of the sector.