Pineapple Express (OTC: PNPL) was suspended by the SEC this morning.  The company, which is a member of the 420 Investor Cannabis Stock Index (as of 3/31/16), is a recent reverse merger involving the former principals of Medbox, now known as Notis Global (OTC: NGBL), including Vincent Mehdizadeh, who serves as an advisor and owns the majority of the company, and CEO Matt Feinstein.  The SEC suspension order stated:

The Commission temporarily suspended trading in the securities of PNPL because of recent, unusual and unexplained market activity in the company’s stock that raises concerns about the adequacy of publicly-available information regarding the company.

Trading is expected to resume on May 12th.  The company recently reported an investment by Hustler founder Larry Flynt, whose daughter, Theresa Flynt, serves as VP, Business Development.

The company issued an update this morning prior to the suspension, reporting progress on its “Pineapple Park” project in the City of Desert Hot Springs, California.  It recently acquired the domain THC.com and also has a consulting relationship with a dispensary in Illinois.

PNPL, which does not file with the SEC but has stated its intention to do so,  reached a valuation in excess of $2 billion earlier this year.  Prior to the suspension today, the stock was still up substantially over the past few months  and still maintained a market cap of about $450mm. 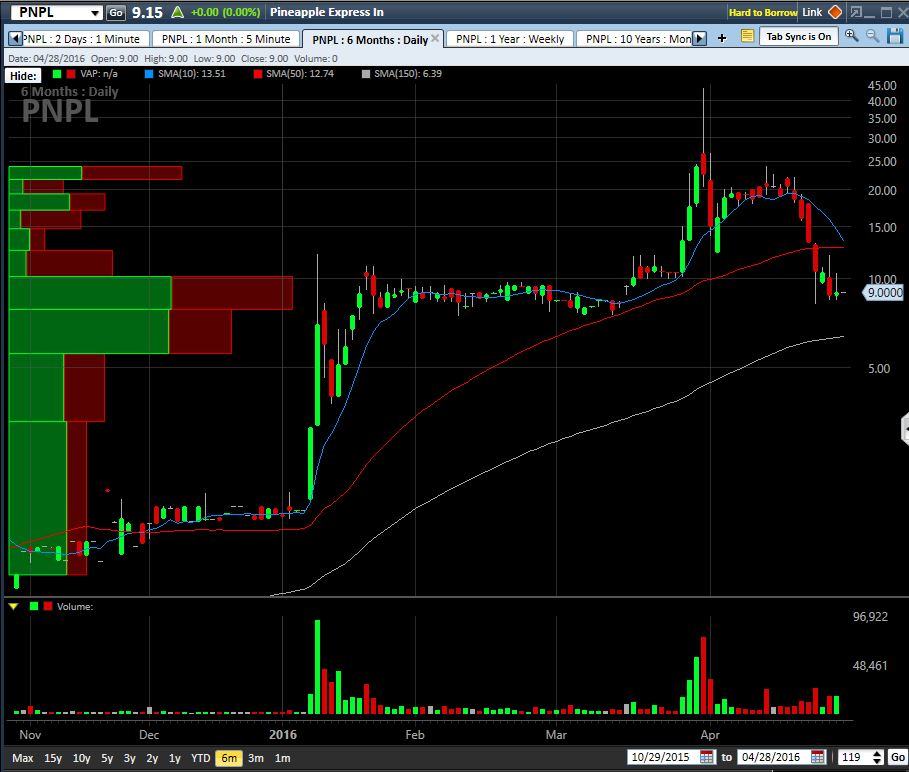