We are pleased with our second quarter results, showing solid growth from our core operations, highlighted by 15% year-over-year Q2 revenue growth from our lighting equipment vertical. We believe demand trends centered around terpene profile and strain desirability based on terpene profiles will support the launch of our heavy-metal-free Nutrient Line, and are confident that initiatives recently undertaken to raise the Company’s visibility among key target audiences will drive enhanced growth opportunities for Solis Tek. 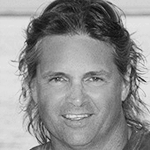 “We are executing Solis Tek’s strategy to provide a broad suite of products and services through our wholly owned subsidiaries, targeted at the commercial cannabis industry. We’re excited about the feedback we have received from the grower community regarding our new terpene enhancing product TERPENEZ, and are confident that the product will emerge as a preferred choice among cannabis growers because it has been verified in independent third-party testing to be free of heavy metals and safe for all agriculture uses, while producing unrivaled results regarding terpene profiles.

“By leveraging the same client base as our existing lighting products, we expect the launch of the new nutrient division to drive significant revenue growth for Solis Tek, while expanding margins due to the increased efficiencies derived from utilizing existing sales and distribution channels. Solis Tek remains ideally positioned to capitalize on the rapidly expanding legalization of medical and adult-use cannabis, supported by these industry leading product platforms,” concluded Mr. Forchic.

For the second quarter of 2017, revenues were $2.44 million, representing a 15% increase over the same period in 2016, driven by increased market penetration among hydroponic customers and commercial facilities. Cost of revenues increased 15%, consistent with revenue growth. Thus, gross margins were consistent year-over-year at 37.7%.

Selling, general, and administrative expenses were $2.39 million in the second quarter of 2017, up 212% over the same period in 2016, due primarily to cash and stock-based compensation expenses to support a broad campaign to increase Solis Tek’s industry and investment community visibility and, to a lesser extent, increased marketing and payroll related expenses.

To be added to the Solis Tek email distribution list, please email SLTK@kcsa.com with SLTK in the subject line.

Solis Tek is a vertically integrated technology innovator, developer, manufacturer and distributor focused on bringing products and solutions to commercial cannabis growers in both the medical and recreational space in legal markets across the U.S. For nearly a decade, growers have used Solis Tek’s lighting solutions to increase yield, lower costs and grow better to maximize their return on investment. The Company’s customers include retail stores, distributors and commercial growers in the United States and abroad. For more information, please visit our website, www.solis-tek.com.