Firefly Vapor the San Francisco-based company behind the critically acclaimed Firefly2 vaporizer, is pleased to announce the appointment of Steve Berg as CEO. Former CEO and cofounder Mark Williams will now serve as CTO. Mr. Berg joins the Company to lead a new chapter of growth, building upon its success in the premium vaporizer category  and introducing innovative new products into the rapidly growing cannabis market.

I’m thrilled to be joining forces with Firefly and leading our charge into an expanded set of consumer vaporization products during this time of rapid market expansion.  Increased public acceptance is propelling cannabis into the mainstream, and Firefly is perfectly positioned to capitalize on this trend. 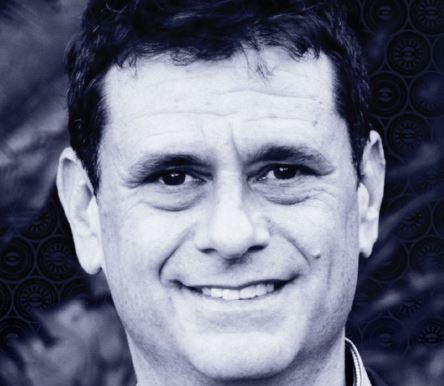 Firefly’s focus on vaporization devices reflects the Company’s core belief that consumers will continue to flock to vaporizers as the preferred method for cannabis ingestion. Firefly vaporizers provide the most technologically advanced way for people to access the benefits of cannabis without smoking, emphasizing both functional innovation as well as superior design.

“The future belongs to companies that bring compelling technology, innovation, and trusted branding to the cannabis market”, Berg stated, adding: “these are core advantages for Firefly and reflect our passion for elevating the cannabis consumer experience.”

Prior to joining Firefly Vapor, Mr. Berg was an investment banker who transitioned into the cannabis industry. He has built some of the premier brands in the market, including O.penVAPE TM (a leading vaporizer and extracts company) and the ArcView Investor Network (a private investor network that has raised over $120 million in capital for cannabis companies). Mr. Berg is broadly credited as a pioneer in capital formation for cannabis enterprise, helping pave the way for the growth of a new industry. He holds and MBA from New York University and a BS from San Francisco State University.

Firefly Vapor is a leader in vaporization technology, founded by Mark Williams and Sasha Robinson in 2012 with the singular goal of enhancing people’s lives by creating the very best vaporizer in the world. In April 2016 the company launched Firefly2, reaffirming its place at the head of one of the largest growth markets in the world. Williams has directed and built design teams for many Silicon Valley companies, most recently at Apple for Mac OS X. He received a BFA in Industrial Design from the University of Notre Dame and an MS in Human-Computer Interaction from San Jose State University in California. With a passion for building and innovation, Robinson has consulted for companies such as Juniper Networks, Cisco, Panasonic, Microsoft, Nike and LG, mastering the finest details of product development from conception to implementation. Sasha received a BS in Computer Science from Brown University.