Over the past twelve months, Supreme Cannabis executed on its plan to deliver strong financial growth, build proprietary value around regulated cultivation at scale, establish coast to coast distribution in recreational markets and make inroads into the international medical cannabis market with a strategic investment1. 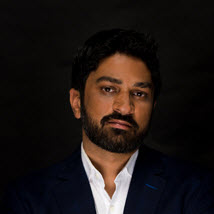 As a result of the successful execution of our strategy, we have generated significant revenue growth, both for the quarter and the year-end period. We look forward to building on this growth as we expand domestically and internationally.

“On October 17th, 7ACRES is set to become the first coast-to-coast premium recreational cannabis brand in Canada, and by the end of 2018 we will have completed construction on our state-of-the-art facility in Kincardine, Ontario. Once completed, the facility will have an estimated annual production output of 50,000 kg and will reinforce 7ACRES position as the leading producer of premium cannabis at scale,” said John Fowler, President of Supreme Cannabis2. “We have been developing our 7ACRES business with a clear strategy to bring innovation and scale to High End Cannabis™ product. The Company is poised to continue this trend for the remainder of calendar 2018 and into 2019 as we build a dominant Canadian recreational cannabis brand,” continued Mr. Fowler.

Supreme Cannabis’ 2018 annual MD&A and audited consolidated financial statement for the year ended June 30, 2018, along with all previous public filings of The Supreme Cannabis Company, Inc. may be found on SEDAR at www.SEDAR.com

7ACRES is a federally licensed producer of cannabis operating inside a 342,000-square-foot facility in Kincardine, Ontario. 7ACRES is dedicated to providing consumers with a premium-quality product that recognizes its customers are informed, discerning and value a brand and culture that aligns with their principles. 7ACRES brand success has been reflected in provincial supply agreements, where 7ACRES’ product is consistently listed in the highest brand category available to recreational consumers.

The Supreme Cannabis Company has consistently set the standard for innovation in the sector, including the design of growing facilities and development of operational excellence metrics. We are confident that together with our flagship brand, proprietary technology and products, truly unique culture, and industry-leading team, we will deliver our shareholders consistent long-term value creation.