BOULDER, Colorado, April 2, 2018 /PRNewswire/ — Surna Inc., a manufacturer of application-specific climate and environmental control and air sanitation systems for state-regulated indoor cannabis cultivation facilities (OTCQB: SRNA), announced today operating and financial results for the three and twelve months ended December 31, 2017. We will not be hosting a conference call following the release of our financial results.

Overall, we are pleased with the progress Surna has made in the fourth quarter. We continue to upgrade our engineering, technical and other personnel, expand our sales coverage and marketing outreach, focus on new product development, and improve our project management and production processes. 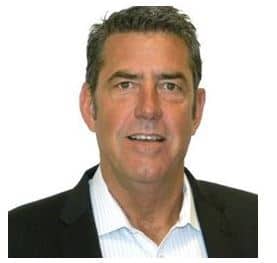 We believe these investments and increased staffing are necessary for us to continue to leverage our current market presence, build our pipeline in the California and Canadian markets, and position us for our expected future growth.

Revenue for the year ended December 31, 2017 was $7,210,000 compared to $7,580,000 for the year ended December 31, 2016, a decrease of $370,000, or 5%. Although our net bookings trended favorably and our backlog grew during 2017, revenue recognition continues to be impacted by our long and uncertain sales cycle and delays faced by our customers in the construction of new cultivation facilities. Further, while additional states have approved some form of cannabis use and cultivation, either for medical or recreational use, the legislation will not result in immediate new construction activity as states need time to issue implementing rules and regulations for the licensing and sales activity and local authorities need to issue building permits. These factors make it difficult for us to predict when we will recognize revenue.

The increase in marketing expenses were primarily for: (i) our investment in re-branding the Surna name and logo, including approximately $160,000 to revise and update our website and marketing materials, (ii) our increased presence at industry trade shows and events resulting in increased expenses of $49,000, and (iii) marketing salaries and benefits (including stock related-compensation) which increased by approximately $58,000.

The demand for our climate control and air sanitation systems, including system design and engineering, proprietary equipment, and third party manufactured equipment, is primarily influenced by the construction of new cannabis cultivation facilities in the U.S. and Canada. Due to continued uncertainty of the cannabis industry following the U.S. Justice Department’s announcement of its opposition to legalized cannabis in early 2017, and the January 4, 2018 rescission of the Cole Memo, we believe there may be an interim decrease in the development and financing of new cannabis cultivation facilities. However, this possible market effect is expected to be mitigated by California’s legalization of recreational cannabis use, which became effective on January 1, 2018, and the anticipated mid-2018 federal legalization of cannabis in Canada.

Recent and anticipated regulatory changes involving medicinal and/or recreational cannabis use in various jurisdictions, such as California and Canada, tend to be a leading indicator for the granting of licenses for new facility construction. As more new cultivation facilities become licensed, we in turn have an expanded set of potential customers that might buy our climate control systems.

For 2018, we intend to pursue customers seeking to build indoor cannabis cultivation facilities in all regulated markets, with special focus in California and Canada. In Canada medicinal use of cannabis is federally legal, and the Canadian federal government has indicated its intention to legalize recreational use by July 2018, although passage of recreational use federal legislation in Canada is not certain. We also believe that Michigan could offer opportunities in 2018 as the state attempts to move to a recreational use regulated market, with the second-largest medical cannabis patient base in the U.S.

Since August 2017, we have focused our efforts on expanding and better qualifying our pipeline of opportunities, increasing our bookings of new sales contracts, and improving our project management processes to shorten the time period from sales execution to project completion. To further these efforts, we have made investments to improve and add personnel in critical positions within sales, sales management, project management, engineering, and production. We also have improved our performance management and metrics to give better visibility about our customer pipeline, the expected timing of new sales orders, the completion of our active commercial projects and more defined departmental accountability.

We are in the process of completing facility improvement and expansion, increasing our square footage from 12,700 to 18,600, and increasing our production floor space from 5,900 to 9,200 square feet. We are reconfiguring our production processes and work flows in an effort to increase our production capacity and improve efficiencies. These actions are expected to be completed in the second quarter of 2018, and they will be partially funded with a tenant improvement allowance being provided by our landlord as part of our new lease agreement.

We believe these investments are necessary to position us for our expected future growth. With the lengthy sales cycle, it may take six to 12 months or more before we begin to realize a return on these investments. We continue to focus on increasing our sales contract backlog and quoting on larger (i.e., greater than $100,000) projects in an effort to increase revenue. We also will focus on leveraging our current market position to build up our sales pipeline in the California and Canadian markets, as well as other emerging cannabis-related U.S. markets. As sales opportunities are converted into contracts, we are preparing to meet our customers’ demand for timely delivery of a fully engineered, application-specific, climate control system.

As of December 31, 2017, our ending backlog was $4,456,000, an increase of $145,000, or 3%, compared to the prior quarter-end. About 41% of our December 31, 2017 ending backlog (down from 45% at September 30, 2017) is attributable to projects for which we have only received an initial deposit and, as a result, there are potential risks that the equipment portion of these projects will not be completed or will be delayed, which could occur if our customer is dissatisfied with the quality or timeliness of our engineering services or there is a delay or abandonment of the project due to the customer’s inability to obtain project financing or licensing.

Backlog and net bookings may not be indicative of future operating results, and our customers may attempt to renegotiate or terminate their contracts for a number of reasons, including delays in or inability to obtain project financing or licensing. Accordingly, there can be no assurance that contracts included in backlog will actually generate revenues or when the actual revenues will be generated. Backlog and net bookings are considered non-GAAP financial measures, and therefore, they should be considered in addition to, rather than as a substitute for, recognized revenue and deferred revenue. Further, we can provide no assurance as to the profitability of our contracts reflected in backlog and net bookings. See “Non-GAAP Financial Measures” below.

Since our inception, we have raised capital through private sales of common stock and debt securities. Our future success is dependent upon our ability to achieve profitable operations and generate cash from operating activities, including our receipt of deposits from customers under our sales contracts.

Management has determined that we will likely need to raise debt and/or equity financing during the second or third quarter of 2018 in order to continue our operations and achieve our growth targets. However, there can be no assurance that we will be able to raise such financing in sufficient amounts or on acceptable terms, or at all. If we are unable to raise such financing, we intend to explore various operating cost reductions. The precise amount and timing of the funding needs will depend on a number of factors, including the market demand for our products and services, the timing of our receipt of deposits from our customers under our sales contracts, our management of working capital, and the continuation of normal payment terms and conditions for purchase of goods and services.

Surna Inc. (www.surna.com) designs, engineers and manufactures application-specific environmental control and air sanitation systems for commercial, state- and provincial-regulated indoor cannabis cultivation facilities in the U.S. and Canada. Our engineering and technical team provides energy and water efficient solutions that allow growers to meet the unique demands of a cannabis cultivation environment through precise temperature, humidity, light, and process controls and to satisfy the evolving code and regulatory requirements being imposed at the state and local levels.

Headquartered in Boulder, Colorado, we leverage our experience in this space in order to bring value-added climate control solutions to our customers that help improve their overall crop quality and yield as well as optimize the resource efficiency of their controlled environment (i.e., indoor and greenhouses) cultivation facilities. We have been involved in consulting, equipment sales and/or full-scale design for over 700 grow facilities since 2006 making us a trusted resource for indoor environmental design and control management for the cannabis industry.

Our customers have included small cultivation operations to licensed commercial facilities ranging from several thousand to more than 100,000 square feet. We have sold our equipment and systems throughout the U.S. and Canada as well as internationally in South Africa, Switzerland and the United Kingdom. Our revenue stream is derived primarily from supplying mechanical engineering services and climate and environmental control equipment to commercial indoor cannabis grow facilities. We also sell equipment to smaller cultivators who can purchase either directly from us, or from our authorized wholesalers or retailers. Though our customers do, we neither produce nor sell cannabis.