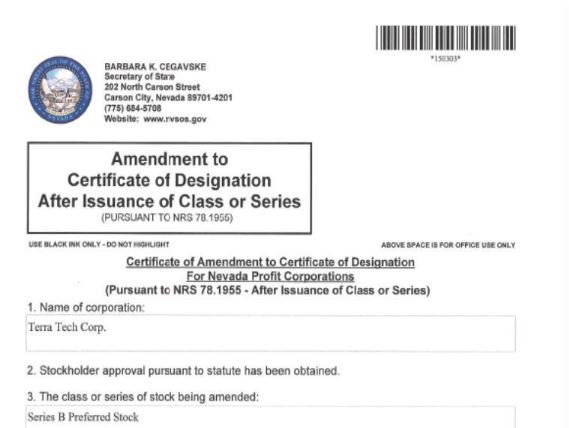 We reported a serious threat to Terra Tech (OTC: TRTC) shareholders last month.  The California-based company with cannabis operations in California and Nevada and produce operations in New Jersey, which is aiming to move from the OTC to a higher exchange in the future in a move that could require it to conduct a reverse-split in order to meet listing requirements, had a shareholder proposal that would have exempted holders of the B Preferred shares from a potential reverse-split. While this could have resulted in a massive dilution to common shareholders, the company rescinded the proposal just two days after we published our concerns.

This morning, the company filed an 8-K with the SEC that pointed to what appears to be a permanent end to the issue, with provisions for a mandatory conversion of the B Preferred if the company uplists or raises capital:

On September 27, 2016, Terra Tech Corp. (the “Company”) filed a Certificate of Amendment to the Certificate of Designation of the Company’s Series B Preferred Stock (the “Amendment”) with the Secretary of State of the State of Nevada to provide for mandatory, automatic conversion of all of the shares of the Series B Preferred Stock into shares of the Company’s common stock, par value $.001 per share (the “Common Stock”), upon the earlier to occur of (a) the Common Stock being listed by the affirmative action of the Company on any domestic or foreign stock exchange, or (b) (i) the consummation of a fully-underwritten public offering of the Common Stock with net proceeds therefrom to the Company of $15,000,000 or more, or (ii) the first closing of a private placement of securities of the Company with aggregate, scheduled net proceeds therefrom to the Company of $15,000,000 or more, whether in one closing or a series of closings thereunder.

While amending the B Preferred to remove its protection from a reverse-split would have been the best outcome for shareholders, the company has greatly reduced the risk of a reverse-split associated with uplisting leading to common shareholder dilution. Additionally, with its S-3 now effective and the authorized shares lifted following shareholder approval earlier this week, it is very likely that the company will be in a position to push through automatic conversion within the next few months after a capital raise. An additional benefit should the B Preferred shared convert to common shares is that the voting control of the company will then belong to outside investors. 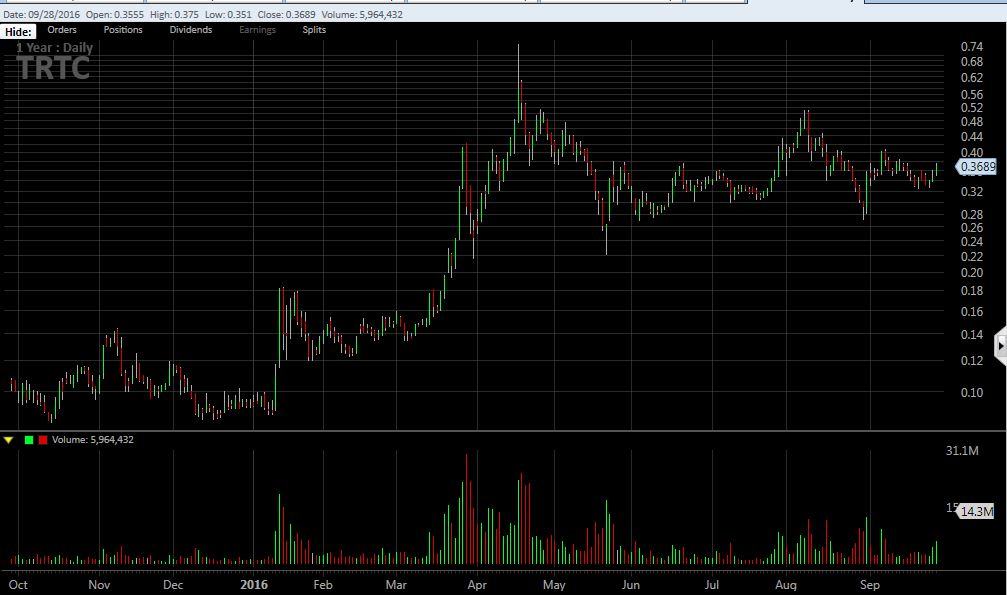