Terra Tech (OTC: TRTC), one of the more actively traded public cannabis companies, filed its 10-K with the SEC and reported a year-end review and outlook after the close. The company operates within and outside the cannabis industry, and the vast majority of its 2015 sales were from its Edible Garden produce division.  Of the approximately $10mm in sales, cannabis products (IVXX distributed in California) accounted for $1.2mm.

TRTC has provided guidance for 2016 that suggests sales will increase to $20-22mm, though the majority of that growth will come from the pending acquisition of Black Oak Gallery, DBA: Blum Oakland, an established retail medical cannabis dispensary in Oakland, CA.

As of March 24th, which, the company reported approximately 463mm shares outstanding (including convertible preferred stock and warrants), giving the company a market cap of $136mm at today’s closing price of $0.293. The purchase of Blum, which is expected to close on 3/31, will add substantially to the share-count.

TRTC stock suffered a big reversal in trading today after having set a 52-week high in the prior session, though even after the decline is still up 215% year-to-date: 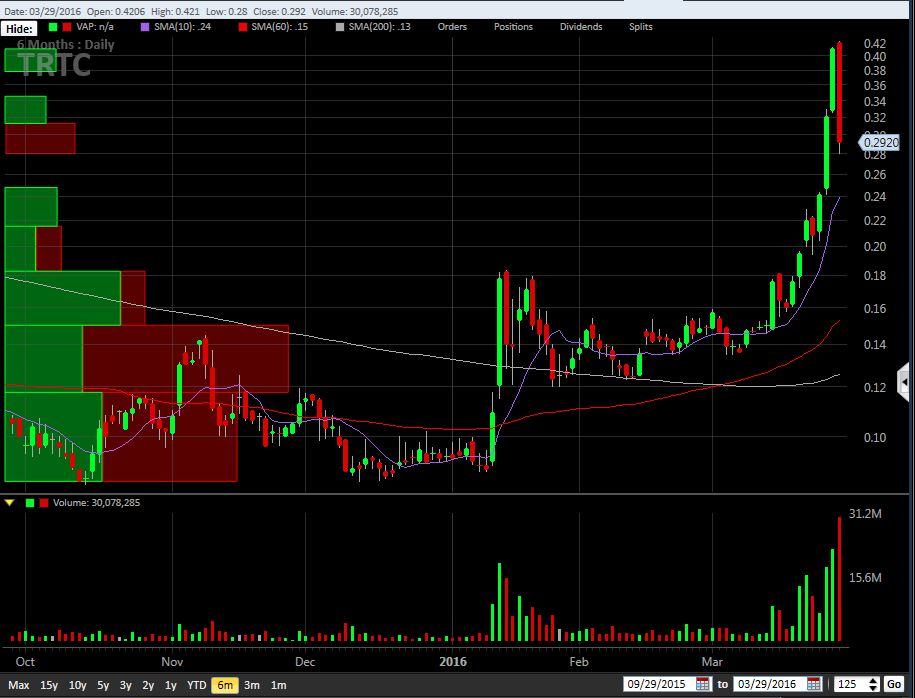