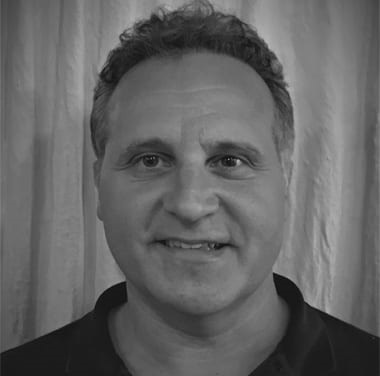 Leaf Logix is a technology company first and foremost, focused on bringing a sophisticated solution to a new and growing industry. Founder and CEO James Minutello spoke with New Cannabis Ventures about the company’s seed-to-sale software platform and thinking globally. The audio of the entire conversation is available at the end of this written summary.

The People of Leaf Logix

Minutello was driven to launch Leaf Logix when he saw a lack of higher-end technology serving the cannabis space. He and his team bring experience in supply chain and compliance to an industry ripe with global growth opportunities, according to Minutello.

The Leaf Logix ERP platform encompasses a wide range of features serving cultivation, manufacturing, processing and point of sale operations in cannabis. It also has value-add components like payment processing, business intelligence reporting and finance and accounting. The platform functions on a B2B and B2C SaaS model, and it is SOC 1 and SOC 2-compliant, according to Minutello.

Customers can buy the platform for vertical operations, or they can select which aspects they need to run their business. Leaf Logix focuses on keeping its platform ahead of the curve to serve its customers, according to Minutello.

Leaf Logix takes a best of breed approach, working with a number of industry partners, such as LeafLink, springbig, Leafly, Jane Technologies, WeedMaps and Dutchie. The company treats its allied vendors much like its customers, working closely with them, according to Minutello.

The Leaf Logix platform is tailored for customers that need it for high-volume, complex operations. For example, Copperstate, which has nearly two million square feet of inside grow, uses Leaf Logix. Additionally, about 24 of the 30 top American MSOs, such as GTI, Harvest, Grassroots, Columbia Care and Holistic Industries, are Leaf Logix customers, according to Minutello.

Nation-wide agreements with large MSOs have helped Leaf Logix achieve significant market penetration across the U.S. The company has a market presence in all states with legal cannabis programs, as well as in Washington, D.C. and Puerto Rico. Leaf Logix has a dominant market share in states like Nevada, Illinois, New Jersey and Minnesota, according to Minutello. It has achieved over 75 percent market share in Massachusetts and Maryland.

Markets like Michigan, California, Oregon, Washington and Alaska are of interest for future expansion.

Leaf Logix also has a global footprint with offices in Canada and Colombia. Minutello is excited about growth opportunities in Latin America and Africa. The company is planning to roll out a Spanish language version of its software, and it already has a number of cultivation and manufacturing customers in Africa.

During the pandemic, the company has worked closely with its customers and focused on remaining agile. Leaf Logix has also added approximately 15 to 20 full-time team members during the pandemic to help handle its growth.

About a year and a half ago, the company raised $5.9 million through its Series A. Leaf Logix has a low burn rate, and most of that money is still at the company’s disposal, according to Minutello.

Leaf Logix primarily focuses on institutional investors, specifically mainstream investors in the tech space. It aims to find investors who are allied partners, rather than just a check, according to Minutello.

The Leaf Logix team evaluates a number of key growth metrics, including total contract value, annual recurring revenue and gross merchandise value. The company also looks at its cash burn and customer churn rate. So far this year, the company has a 0.7 percent churn rate; it prides itself on retaining customers, according to Minutello.

In 2020, the company is focused on onboarding its new people while maintaining the company’s culture and meeting its responsibility to customers and partners. Over the next month, Leaf Logix will also be launching its new UI/UX, giving customers the same robust backend with a cleaner workflow, according to Minutello. The company has created an agile, robust platform that is designed to handle a high volume and cater to its customers across the globe in an industry characterized by constant change.

To learn more, visit the Leaf Logix website. Listen to the entire interview: