After waiting more than six months, cannabis producers Tilray, which is owned by Privateer Holdings, Tweed, a subsidiary of Canopy Growth (TSXV: CGC), and Whistler Medical, partially owned by PharmaCan Capital (TSXV: MJN) gained approval from Health Canada to sell cannabis oils.  Additionally, OrganiGram (TSXV: OGI) and Bedrocan Cannabis, another subsidiary of Canopy Growth, were approved to produce cannabis oils. The changes were noted to the Health Canada website, which shows the current status for the licensed producers authorized to produce and/or sell cannabis oil: 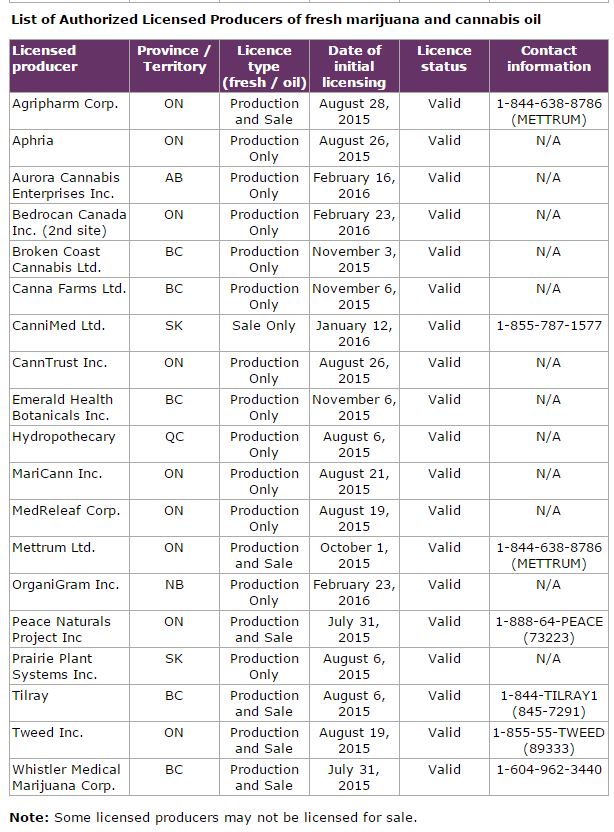 The ability to sell cannabis oil is beneficial to the licensed producers because it not only expands the market beyond those who wish to smoke or vaporize the cannabis to those who prefer to ingest it but also allows the companies to use the trim that was previously destroyed due to sales being limited strictly to the dried flower.  The current rules require cannabis extracts to be in liquid form at room temperature and to have relatively low concentrations of THC.  Consequently, shatter, wax and other solid concentrates, extremely popular in the West in the United States, aren’t legal at this time.