We expect to add more companies in the coming months. We are not able to include Elixinol Global (ASX: EXL) (OTC: ELLXF) and Greenlane (NASDAQ: GNLN), which would otherwise qualify but don’t break out their cannabis-related revenue.

In May, we began to include an additional item, “Adjusting Operating Income”, as we detailed in our newsletter earlier today. The calculation takes the reported operating income and adjusts it for any changes in the fair value of biological assets required under IFRS accounting. We believe that this adjustment improves comparability for the companies across IFRS and GAAP accounting. We note that often operating income can include one-time items like stock compensation, inventory write-downs or public listing expenses, and we recommend that readers understand how these non-cash items can impact quarterly financials. 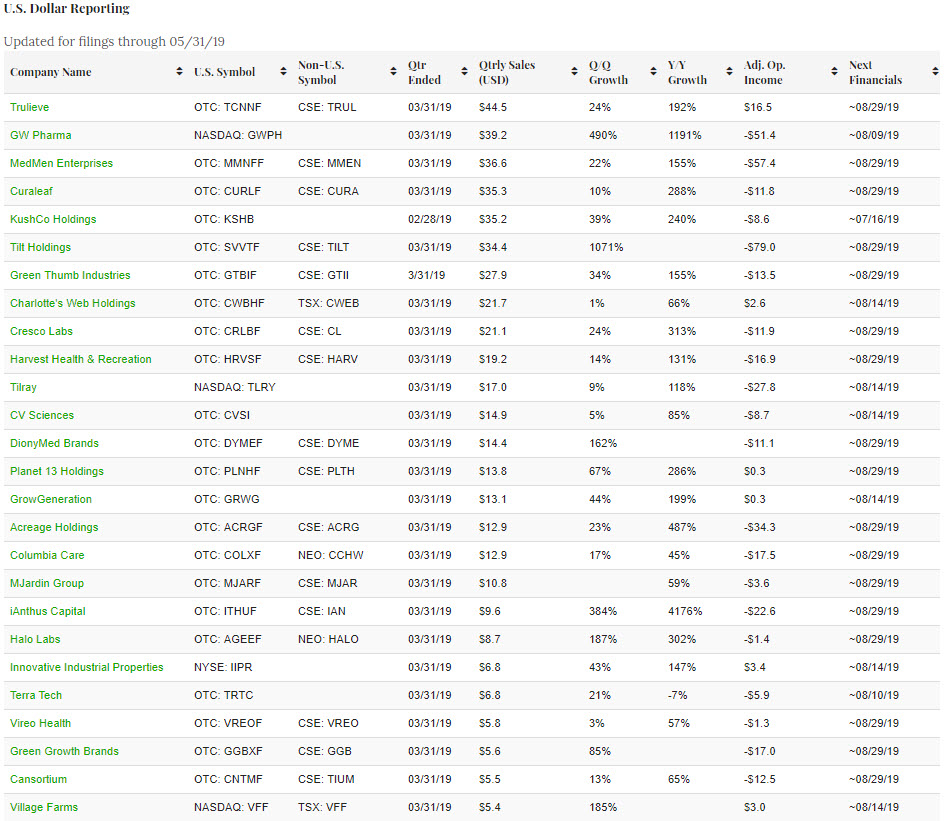 There are no companies expected to report financials during June.

Of the companies that report in Canadian dollars, Origin House (CSE: OH) (OTC: ORHOF) exceeded its prior guidance of C$11.0 million. Sunniva, which generated the vast majority of its revenue from branded products sold in California, returned to the rankings, while Zenabis joined for the first time. 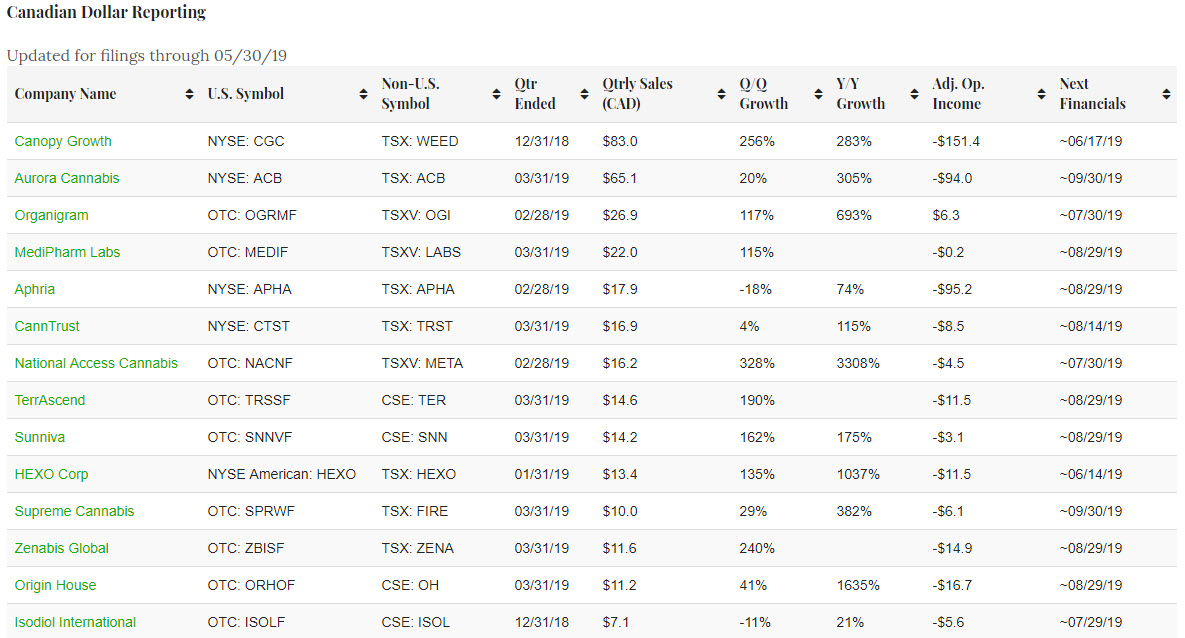 In June, Canopy Growth (TSX: WEED) (NYSE: CGC), which has a March fiscal year-end, will report its financials. The company hasn’t yet formally announced a date, but it has indicated that it will report results on the 20th.   According to Sentieo, it is expected to generate revenue of $99.3 million, up from $83 million in its fiscal Q3 and from $23 million in the same quarter a year ago. HEXO Corp (TSX: HEXO) (NYSE American: HEXO) is expected to report its fiscal Q3 by June 14th.