41 companies currently qualify for inclusion, with 26 filing in U.S dollars and 15 in the Canadian currency. Since our last report at the end of May, we have added Canadian retailer Fire & Flower (TSXV: FAF) (OTC: FFLWF). We expect to add more companies in the coming months. We are not able to include Elixinol Global (ASX: EXL) (OTC: ELLXF) and Greenlane (NASDAQ: GNLN), which would otherwise qualify but don’t break out their cannabis-related revenue.

In May, we began to include an additional item, “Adjusting Operating Income”, as we detailed in our newsletter. The calculation takes the reported operating income and adjusts it for any changes in the fair value of biological assets required under IFRS accounting. We believe that this adjustment improves comparability for the companies across IFRS and GAAP accounting. We note that often operating income can include one-time items like stock compensation, inventory write-downs or public listing expenses, and we recommend that readers understand how these non-cash items can impact quarterly financials.

In June, there were no financial reports from companies that report in American dollars. 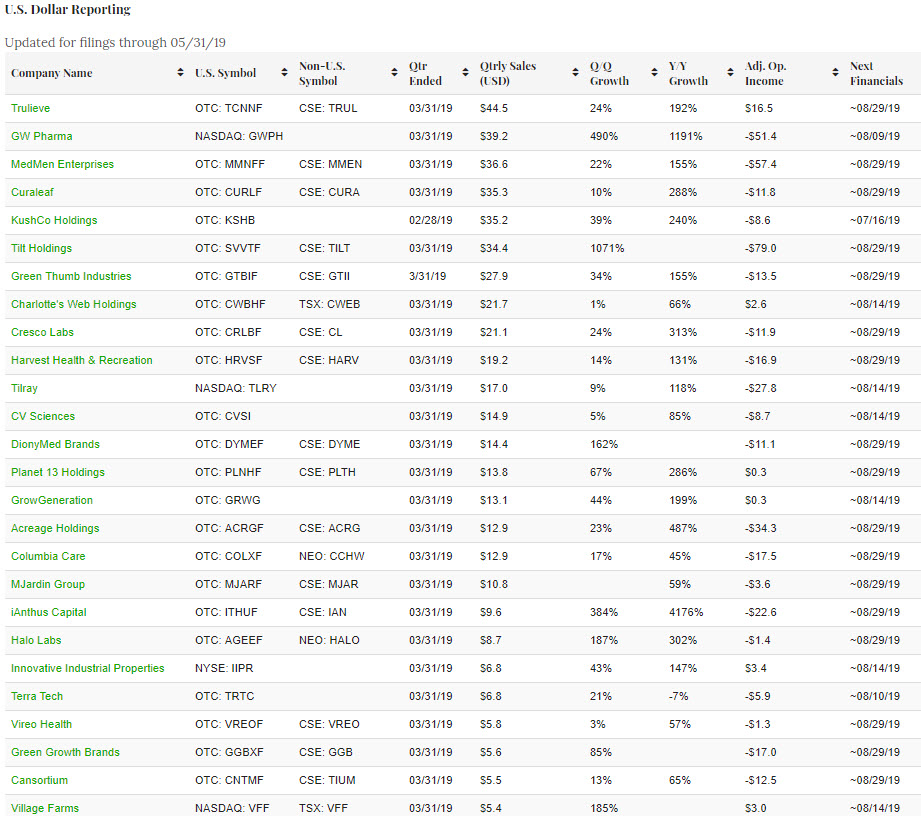 In July, KushCo Holdings (OTC: KSHB), which completed its fiscal Q3 at the end of May, should file by mid-month, though no call is yet scheduled. According to Sentieo, it is expected to generate revenue of $40.4 million, which would be up 15% from its Q2 and 213% from FY18-Q3. The company, which generated $60.5 million revenue in the first half of the fiscal year, has provided guidance for the full year of $140-150 million. Analysts also project EPS of -$0.12. 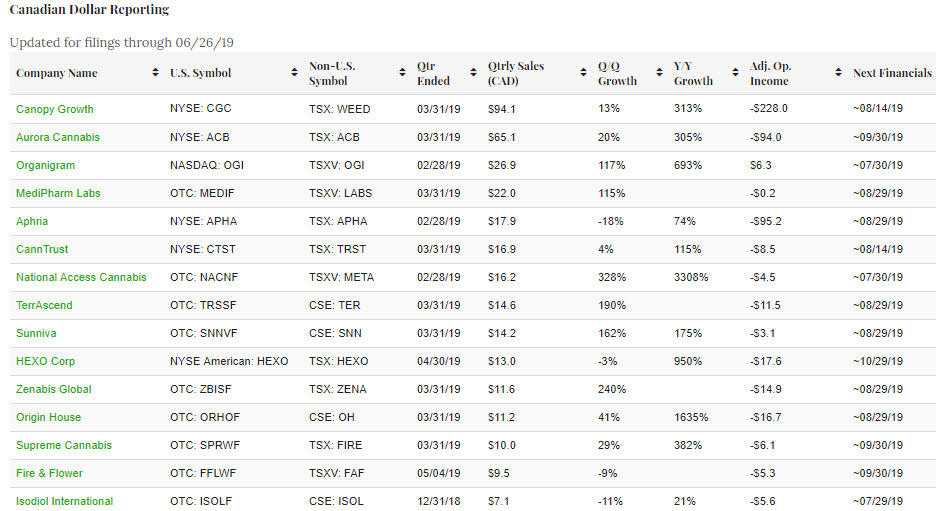 In July, we expect three reports, including Isodiol International ( CSE: ISOL) (OTC: ISOLF), Organigram (TSXV: OGI) (NASDAQ: OGI) and  National Access Cannabis (TSXV: META) (OTC: NACNF). According to Sentieo, Organigram is projected by analysts to have generated revenue in its fiscal Q3 of C$38.1 million, which would be up 18% from its fiscal Q2 and 829% from a year ago. Analysts also expect EPS of C$0.04.