Shares in Indoor Harvest (OTC: INQD) soared Wednesday following news that Chuck Rifici, co-founder of Tweed, had injected capital into the company.  Rifici, who is also a Director at Aurora Cannabis, has made several investments in private cannabis-related companies in the United States through Nesta Holdings. The former CFO of the Liberal Party in Canada is also an investor in Supreme Pharmaceuticals, which owns licensed producer 7 Acres in Ontario, having participated in its recent capital raise.

Indoor Harvest, an aeroponics technology company based in Houston that provides production platforms and complete custom-designed build-outs for greenhouse and indoor grows in the cannabis and the broader agricultural industries, defaulted last week on convertible notes issued in March. An SEC filing revealed that the company used funds provided by Chuck Rifici Holdings to pay back one of the two lenders. Rifici invested $204,000 and received a convertible note with a maturity value of $225,500 and 250,000 warrants with a one-year term and an exercise price of $0.30. The notes, which bear interest at 8%, are due on March 23, 2017 and convert in the event of default at a price equal to 65% of the lowest trading price in the 10 days preceding the notice of conversion. 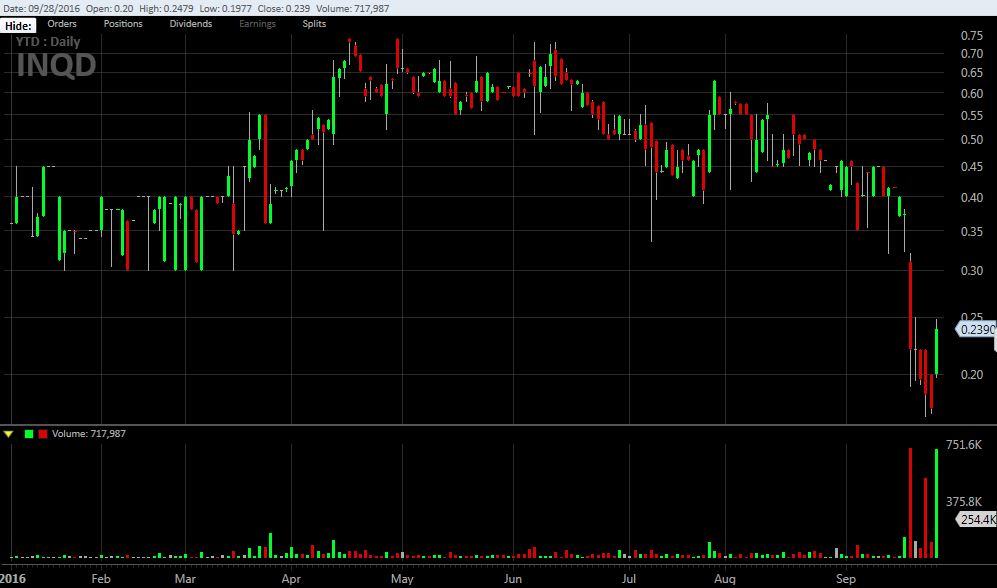 Why Cannabis Streaming is Taking Off