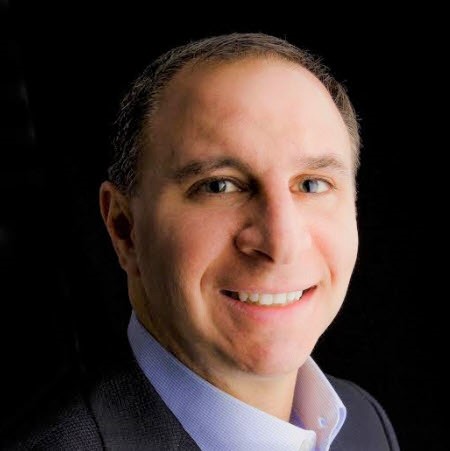 Private equity firm Merida Capital Partners has deployed approximately $23 million into the cannabis industry over the past 15 months. Managing partner Mitch Baruchowitz, who got involved in the industry in 2010, worked with Theraplant to win one of four licenses in Connecticut and has been an investor in it since 2014, when he helped Leafline Labs attain one of the two licenses in Minnesota, spoke with New Cannabis Ventures about the firm’s Fund I investments and how that strong base is helping the company grow and diversify its portfolio.

Baruchowitz describes Merida Capital as an “active private equity firm,” which means it takes a hands-on approach to use its investment as a way to partner with and to help grow companies in the cannabis space. The firm has a 15-person team with expertise that spans finance, cannabis, technology, and credit risk. A core team of five to seven people really hones in on investment analysis.

Other partners with the firm include David Goldburg, who has a background in credit investing; Jeff Monat, a hedge fund analyst; Peter Rosenberg; a West Coast-based investment expert; and Kevin Gibbs, a real estate finance expert. Together, the firm’s partners have many years of investment experience in cannabis space, particularly in the medical space, which gives them a high level of insight into the regulatory environments shaping the industry today. Baruchowitz credits his partners with getting him interested in the cannabis market while he was working as the general counsel for a broker dealer, and he believes that the expertise of his team is an asset to the companies in which Merida invests.

Unlike many other companies in the market, Merida’s name isn’t derived from anything related to cannabis. Instead, the company is named for a city in southern Spain, a UNESCO World Heritage Site that is home to the Aqueduct of Miracles (Acueducto de los Milagros). As a simple technology, the aqueduct had a profound effect on human civilization, and Baruchowitz sees the same potential in cannabis. Plus, the aqueduct imagery works nicely with the “M” in the firm’s name.

Merida Capital launched in late September 2016 and had its first major deployment by the end of that year. In total, the firm has deployed $15 million through its Fund I, which has reached its investor limit and is no longer taking new capital. The eight companies in Fund I include primary ancillary companies from a wide range of industries: GrowGeneration (OTC: GRWG), Kush Bottles (OTC: KSHB), Lumigrow, Manna Molecular, New Frontier, Simplifiya, Steep Hill, and Valley Agriceuticals.

Merida Capital selected these companies using a specific model that focuses on “the fragmentation gap,” which refers to the space between a company’s launch – the business acquisition phase – and the point where capital becomes efficient at accelerating the business – the operations phase. Merida focuses on these companies with big opportunities in highly fragmented verticals of the market that show leadership traits.

The firm uses a 44-item filtering system called the adoption score to help identify companies that have crossed the gap or are on the brink of crossing it in large markets. The team separately conducts due diligence on investment candidates and then compares their findings with the company’s adoption score to help determine strong candidates. For example, Kush Bottles stood out to the firm because it already had a defined pipeline of capital and business.

Leadership is another key element Baruchowitz and his team look for in potential investments. Merida Capital seeks companies with CEOs who can not only have great ideas, but can also execute those ideas. For example, Giadha Aguirre De Carcer, founder and CEO of New Frontier, stood out because she is willing to create strategic partnerships with other companies – an inclusive model that isn’t always easy to find in the cannabis space. Likewise, Simplifiya CEO Marion Mariathasan’s tech background and ability to marry creativity with operational knowledge got Merida Capital’s attention.

The firm likes to bring the CEOs in its portfolio together in a roundtable, which gives them a chance to network and pool their collective knowledge, but partnerships between the companies in Merida’s portfolio are also starting to form organically. GrowGeneration, which has raw data from the point of sale at its stores, and New Frontier, a data and analytics company, partnered to generate a report on the compound annual growth rate of cannabis and ancillary sales related to cannabis.

That report found that the CAGR of ancillary sales is growing at a faster rate than the sale of cannabis itself, which is part of the reason that Merida Capital’s Fund I investments largely focus on relatively mature companies in the supply chain space, rather than direct growers and dispensaries. Now that the firm has begun to deploy the initial capital of Fund II, for which the firm filed a Form D in February indicating that it had raised $7.41 million of the total offering size of $75 million, it is looking to diversify even more and potentially delve into other areas such as cultivation, dispensing, life sciences, and consumer packaged goods. Merida Capital already started moving into the direct production with an investment in Valley Agriceuticals, one of a handful of growers in the New York medical market. Its “asset-light” model captured the firm’s attention.

Fund II has already deployed about $8 million – and Baruchowitz expects it to reach the $75 million that he believes he can invest into companies that offer asymmetrical reward to risk. The Merida Capital team, which is bigger, more experienced and with more bandwidth, is looking at verticals that weren’t included in Fund I, as well as companies that could complement the companies in its existing portfolio. The firm is looking to use the model it developed and the knowledge it has gained to build on and amplify the success of Fund I, and it has disclosed investments in Fund I holdings GrowGeneration and Kush Bottles, partnering with both companies to help them expand to the East Coast, as well as Valley Ag.

As the firm continues to expand its investment reach, the team sees countless pitches. The firm’s filtration model and due diligence go a long way toward finding the ideal candidates, but entrepreneurs sometimes make the process a little challenging. Baruchowitz has received a lot of pitches the require NDAs and hours of scheduling to simply discuss the company’s business model. Baruchowitz and his team find the companies that more readily share information to be more engaging and appealing candidates.

While Merida Capital has been successful in the cannabis investment space, Baruchowitz emphasized how humbled he is by the entrepreneurial spirit that that he sees driving the industry forward.

Learn more about Merida Capital by visiting its website or by listening to the complete interview: