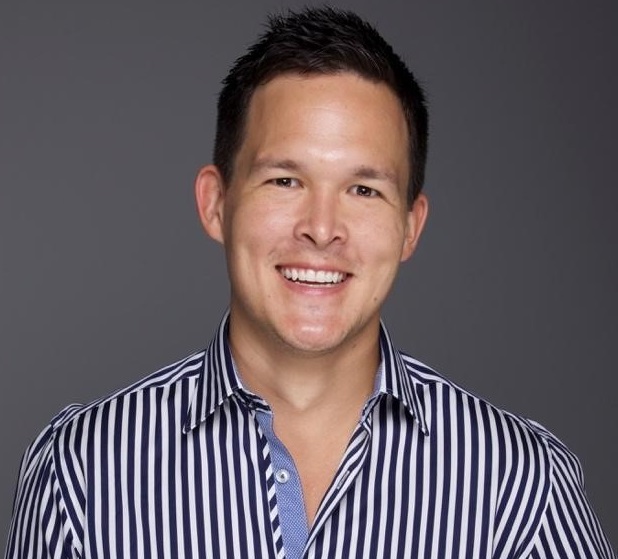 Vanguard Scientific Systems designs, manufactures and sells extraction and post-processing technology. CEO Matthew Anderson describes it as a technology integration firm. He spoke with New Cannabis Ventures about Vanguard Scientific’s global footprint, plans for its client base and how he sees the cannabis and hemp extraction industry evolving. The audio of the entire conversation is available at the end of this written summary.

Integral Members of the Leadership Team

Anderson has been working in a highly regulated environment since he was 20. He started a small distillery, operating in the three-tier system that controls the distillation and brewing, distribution and sale of alcohol. In 2014, he became involved in the low-THC medical cannabis initiative (Senate Bill 1030) in Florida. Anderson worked with a private interest group that became part of one of the first five licenses.

He is joined on the leadership team by other important members including Co-Founder and Chief Technology Officer Salur Kurucu, Senior Vice President of Systems Integration Chris Chappie and COO Blaire Seifried. Karucu created the initial design for the company’s MIDAS subcritical and supercritical CO2 extraction system. As CTO, he remains involved on the design side by working with the company’s manufacturing partners. Chappie leads a team of sales engineers to help determine site planning, equipment placement and process flow. Seifried serves as the connection point between the company’s widespread operations, working with engineering, sales, marketing and customer success.

The company works across six countries: the United States, Canada, Israel, New Zealand, the Netherlands, and Malta. It will soon grow its operations to Jamaica and South America as well.

Vanguard Scientific works with a number of different clients, ranging from CPG companies to pharmaceutical companies, according to Anderson. In the United States, the company has worked with clients like TILT Holdings and Ilera Healthcare (now a part of TerrAscend). In Canada, clients include Blissco and Supreme. The company also works with Releaf Europe in the Netherlands and Panaxia Pharmaceutical in Israel.

The company focuses on driving value for a smaller group of high-quality clients, as opposed to a large group of one-time clients. Oftentimes, the company’s clients are spending a significant amount with Vanguard Scientific, second only to their infrastructure, according to Anderson. With that in mind, the company takes a considerable amount of time understanding its clients’ business models, financial projections, balance sheets, and capital position.

The European Union, with respect to both the cannabis and hemp industries, is of interest to the company. In particular, Vanguard Scientific is considering the markets in Germany and Greece. It is also continuing to build its client base in Israel.

In 2019, Vanguard Scientific had a little more than 25 clients. This year, the company is planning to slightly decrease that number, instead, focusing on increasing the amount spent per client. The company wants to continue offering additional value with post-installation services. Vanguard Scientific is planning to expand its solutions and innovation division to offer services like GMP audit, quality management system authorship and ongoing ingredient development and formulation, according to Anderson.

Over the next 18 months, Anderson expects Vanguard Scientific to participate in buy-side activities. The company will also be exploring licensing relationships related to intellectual property. It will be considering deals and partnerships related to pieces of the supply chain, such as inventory control solutions, not being addressed by its competitors, according to Anderson.

While there are other companies specializing in cannabis extraction, Anderson views Vanguard Scientific’s position as a technology integration company as unique. He does note that larger operators from outside the cannabis industry are starting to enter the space with a similar approach. While these larger companies do represent competition, Vanguard Scientific will seek continued growth. The company is forging relationships with global manufacturing leaders and research and development partnerships with universities in an effort to bring the highest possible value to clients.

Vanguard Scientific was initially funded by the first cannabis, hemp, and ancillary fund at MacArthur Capital. Further capital came from MacArthur Investments. During late 2018 to early 2019, the company did a pre-Series A.

The company aims to work with entrepreneurial investors who understand risk and bring strategic insight to the company. Vanguard Scientific will invite investors to participate in the technology review board, advisory board, or other special business units. Investors write a small or medium-size check to gain a position in the company, and the proceeds of the check are used to meet a target objective, according to Anderson. The company benefits from both sweat equity and capital investment.

In 2020, the company expects to exceed $15 million in revenue, but this projection does not include a number of services rolling out this year. Vanguard Scientific is also anticipating a more than 30 percent CAGR.

This year, the company is focusing more on EBITDA than top-line growth. Vanguard Scientific will be expanding its services, its market reach, and client spend. The company is aiming to connect CPG and biopharmaceutical buyers to a supply chain of compliant and regulated cannabinoids, according to Anderson.

The Future of the Cannabis and Hemp Extraction Industry

Anderson stresses the importance of understanding the current technology landscape in the industry. Any novel piece of technology needs to be designed and scaled appropriately to meet the needs of the buyer.

Over the next 18 to 24 months, Anderson expects a significant shift in the cannabis and hemp extraction industry. Global enforcement of EU GMP and cGMP certification will create significant reform in the industry, resulting in a number of currently operating processors to fall out of compliance and struggle to regain it. Furthermore, he expects the influx of larger, more mature entities to drive more standardization in the industry. While some companies may struggle in this new environment, Anderson is confident it will present opportunities for those prepared to operate in such a high-quality environment.