We are thrilled to make this announcement and start working together to make Vinzan Colombia a leader in the region. We considered many options to grow our Colombian operation, but the strength of the CDM team set them apart. 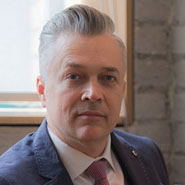 Vinzan’s Colombia operation include two growing locations in Guamo-Tolima and Sierra Nevada de Santa Marta, totalling over 18 hectares. Vinzan Colombia has been granted licenses for Non-psychoactive cannabis and sowing of seeds by the Government of Colombia and is in the final stages of approval for manufacturing and psychoactive cannabis licenses. Vinzan Colombia’s operation also includes a seeds and genetics program that will provide inputs for all of Vinzan International’s operations.

“In Vinzan International, we found a team that shared our vision for reaching global markets,” said Jairo Moreno “There is a lot of competition in Colombia, and in order to separate ourselves, we needed a partner who understands international markets and has a focused global strategy.”

The Vinzan International team is building a global network of operations to services regional demand for CBD and THC distillates, CBD isolates and end form cannabis products. Vinzan Asia will service the growing cannabis market in Asia-Pacific region while Vinzan Colombia will focus primarily on genetics and distribution within the Americas.

“There is real pressure on the cannabis industry today – investors want to see bottom line profitability, sound management, and a global strategy that can endure the growing pains the industry is experiencing,” said Armstrong “We are seeing a lot of cannabis companies make decisions that leave investors shaking their heads. At Vinzan International, we are executing on a global plan to service high valued markets from low-cost production regions. Our business model takes best practices from the world’s largest agriculture companies and today’s announcement solidifies another piece to that puzzle.”

Jairo Moreno (Vinzan Colombia CEO) has extensive experience in the cannabis industry and has spent 17 years working with the National University of Colombia in various roles. He has 15 years of experience working in the business sector as the founder and manager of 4 ventures. Previously, he worked as a consultant for communications for telecom and logistics companies. Jairo will lead Vinzan Colombia’s operations and work closely with executive management team in Toronto, Canada.

Boris Serrano (Master Grower) has 25 years of experience in agricultural project management, planning, cost control, and inspection. He has extensive experience in commercial and public relations. He is the owner of Richwood, Landscaping Maintenance & Irrigation Corp based in Florida. At Vinzan Colombia, he will be responsible for project management, quality, irrigation technology and plant cultivation development.

Rafael Amador (Board of Directors) is the former Colombian Ambassador to Russia and has extensive record of public service as a Colombian Senator. He was the editor at New Frontier and New Economy and columnist in several political and business publications. He is also a lawyer and economist by trade with degrees from the Javeriana University in Colombia. Rafael’s role with Vinzan Colombia will be to serve as an advisor on regulatory and public affairs. His depth of international relations experience will prove invaluable to Vinzan’s global operation.

Piedad Rojas (Board of Directors) has spent two decades promoting the values and scope of Social Responsibility and Sustainability. During her professional life she has worked as a consultant for social action projects and stakeholder dialogue for the United Nations Development Program, the Organization of Ibero-American States, the Colombian Institute of Higher Education, the Ministry of Culture and the Inter-American Development Bank. Piedad Rojas will be in charge of Vinzan Colombia’s Social Responsibility.