New York appears to be getting closer to legalizing for adult-use. Florida’s medical cannabis program surpassed 500K and continues to show accelerating growth in units sold.

Mexico moved a step closer to adult-use legalization with the Chamber of Deputies approving it and sending it to the Senate, which previously had passed similar legislation.​ Health Canada added 7 licenses, leaving the total at 623, which includes 5 licenses that are expired, revoked or suspended.

The Global Cannabis Stock Index broke a three-week losing streak as it bounced sharply, increasing 13.8% to 69.48: 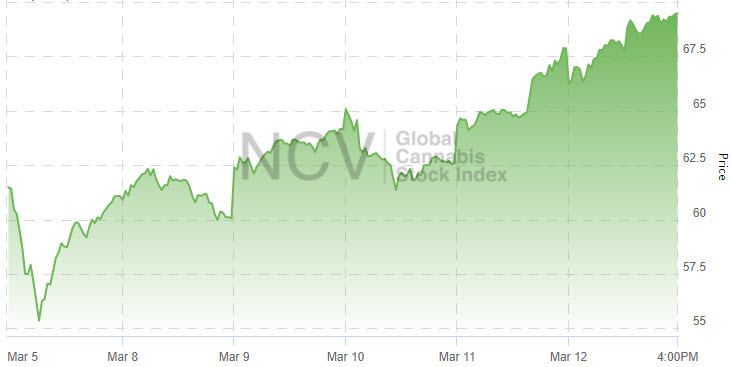