Health Canada added 8 licenses, leaving the total at 634, including 10 that are expired, revoked or suspended.

The Global Cannabis Stock Index fell to its lowest close since February 1st on Tuesday but ended up rallying over the balance of the short week, ending at 63.31, up 2.3%: 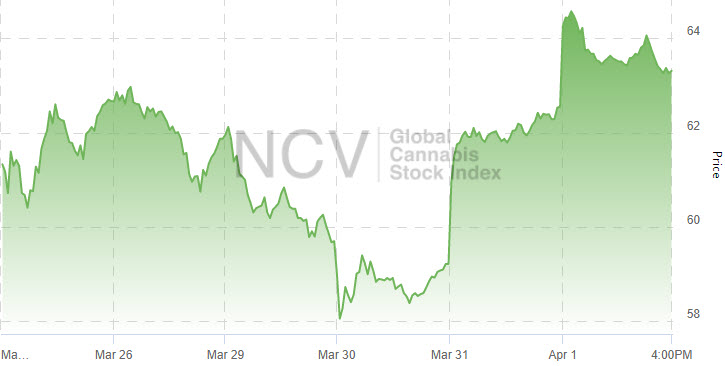