Illinois sales for the combined medical and adult-use markets grew 120% in March to $145 million. BDSA reported a big slowing in sales across 8 markets in the U.S. during February.

Health Canada added 7 licenses, leaving the total at 641, including 10 that are expired, revoked or suspended.

The Global Cannabis Stock Index extended its decline since mid-February modestly this week, ending at 62.78, down 0.8​%: 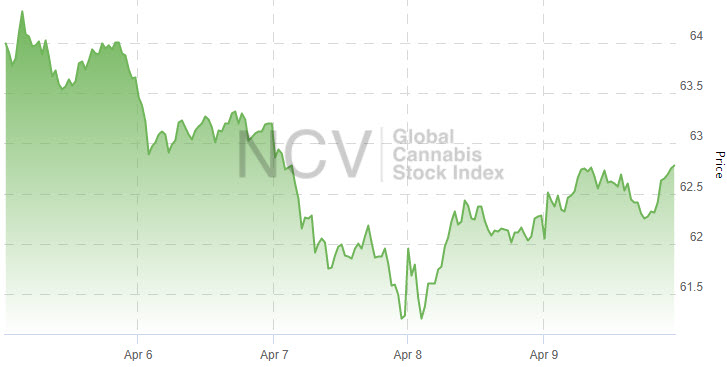 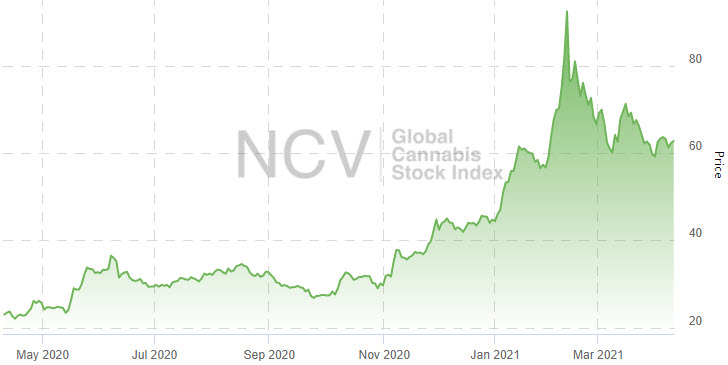