The Global Cannabis Stock Index retreated for the third consecutive week, decreasing 3.4% to 25.70: 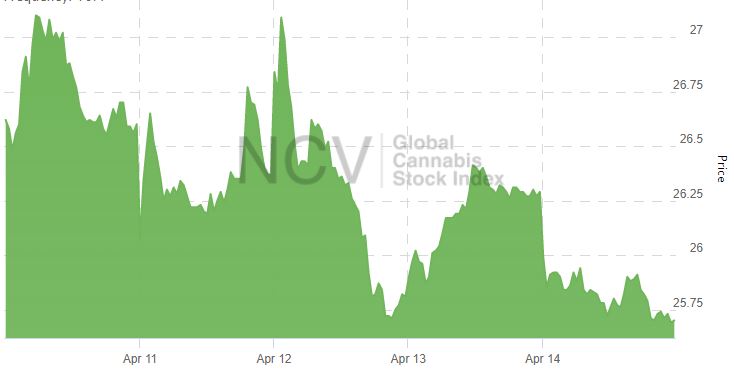