The long-awaited Senate cannabis legislation, the Cannabis Administration and Opportunity Act, was previewed by Senator Schumer and was poorly received by the markets. Illinois will be conducting lotteries for additional licenses in July and August. Its combined medical and adult-use sales grew 91% to $149 million in June. Legislators in Ohio will be introducing an adult-use legalization initiative.

Health Canada added no new licenses, leaving the total at 725, including 5 that are expired, revoked or suspended.

The Global Cannabis Stock Index fell for the third consecutive week, losing 9.0% to 50.61: 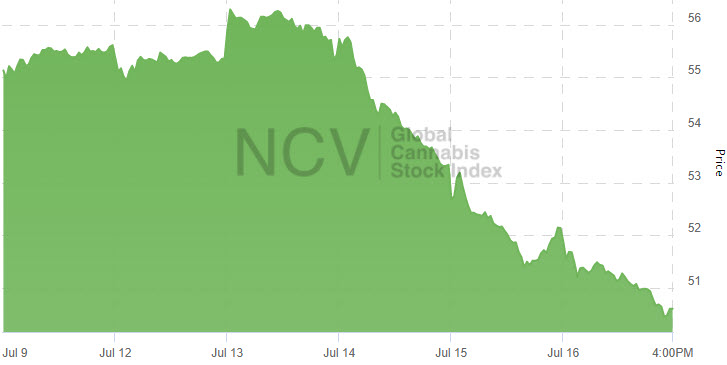