Approximately $250 million flowed into ETF MSOS during the first four days of the week, only about half of which was deployed into the market through Thursday. Michigan October cannabis sales increased 59% to $163.5 million, with adult-use sales increasing 115% to a record $128.4 million and medical sales declining 19% to $35.2 million.

Health Canada added 1 license, leaving the total at 794, including 9 that are expired, revoked or suspended.

The Global Cannabis Stock Index scored its second straight weekly gain after nine consecutive declines, increasing 10.9% during the week to 46.46: 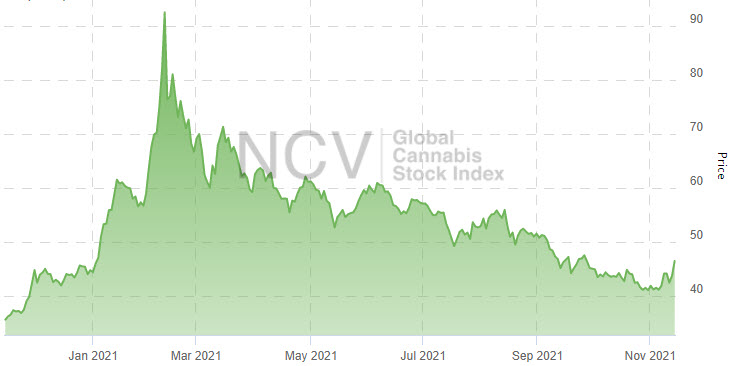