The Public Cannabis Company Revenue Tracker, managed by New Cannabis Ventures, ranks the top revenue producing cannabis stocks that generate industry sales of more than US$2.5 million per quarter. This data-driven, fact-based tracker will continually update based on new financial filings so that readers can stay up to date. Companies must file with the SEC or SEDAR to be considered for inclusion.

41 companies currently qualify for inclusion, with 25 filing in U.S dollars and 16 in the Canadian currency. Since our last report earlier this month, we have added newly public DionyMed Brands (CSE: DYME) (OTC: HMDEF), which reports in American dollars, while deleting MPX Bioceutical from the table of companies reporting in Canadian dollars, following the acquisition of its U.S. operations by iAnthus Capital (CSE: IAN) (OTC: ITHUF). We expect to add several companies in the coming months, including TILT Holdings (CSE: TILT) (OTC: SVVTF), which announced very strong January pro forma revenue and is likely to qualify for its Q4, which should be reported in March or April.

The only change to the list of companies reporting in American dollars was the addition of Dionymed Brands, which reported sales for the quarter ending November 30th of $6.95 million. 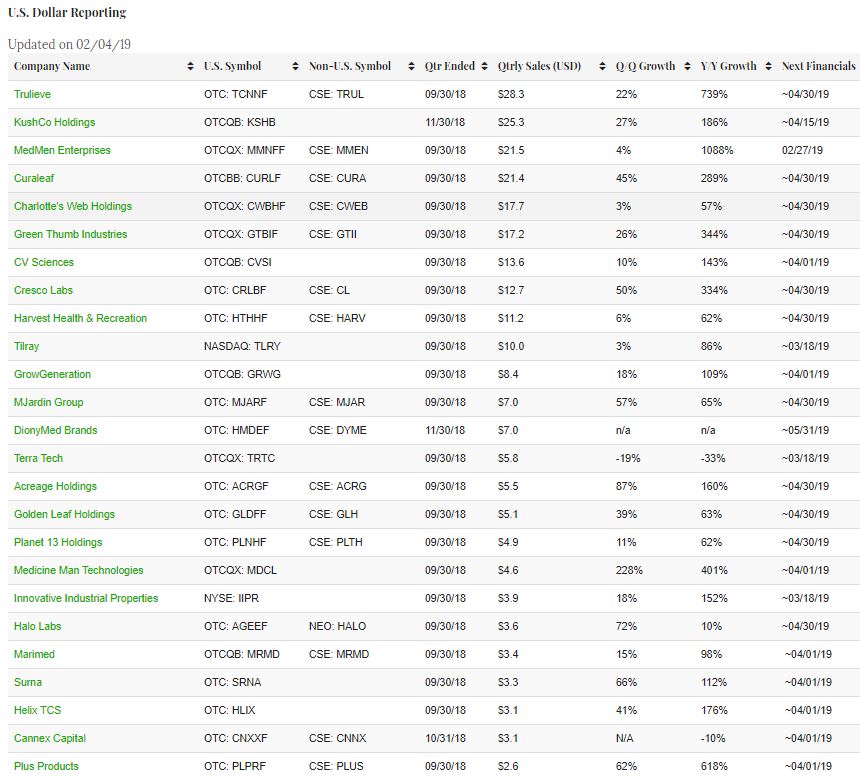 MedMen Enterprises (CSE: MMEN) (OTC: MMNFF) is reporting its FY19-Q2 financials and hosting a call on February 27th. The company has pre-announced revenue of $29.9 million, which would represent 40% growth from the prior quarter. Additionally, we expect GW Pharma (NASDAQ: GWPH) to return to the list following its February 26th release of its December quarter financials. According to Sentieo, the company is projected to generate sales of $5.35 million as it begins to recognize revenue from the sale of its recently approved drug, Epidiolex. 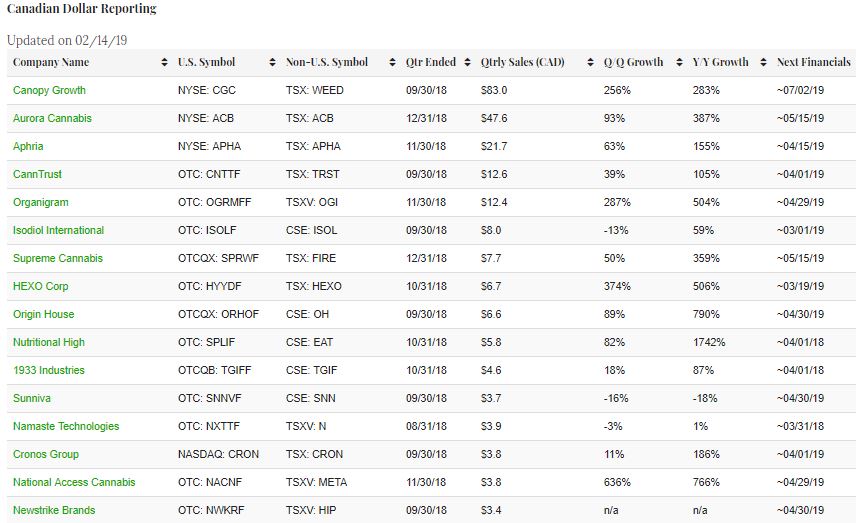