TORONTO, April 2, 2019 /CNW/ – 48North Cannabis Corp. (“48North” or the “Company”) (TSXV:NRTH) is pleased to announce that the Company has closed its previously announced “bought deal” short form prospectus offering of units (“Units”) of the Company (“Offering”) for total gross proceeds of approximately $28.75 million, which included the exercise of the over-allotment option granted to the Underwriters (defined below) in full. Pursuant to the Offering, 21,139,760 Units were sold at a price per Unit of $1.36 (“Issue Price”) for gross proceeds of $28,750,073.60. The Offering was completed by a syndicate of underwriters including Eight Capital, as sole bookrunner and lead underwriter, and Canaccord Genuity Corp. (“Underwriters”).

Each Unit was comprised of one common share of the Company (“Common Share”) and one-half of one Common Share purchase warrant (each whole warrant, a “Warrant”). Each Warrant entitles the holder thereof to purchase one Common Share at an exercise price of $1.72, for a period of 60 months following the closing of the Offering. If the volume weighted average price of the Common Shares on the TSX Venture Exchange is equal to or greater than $3.30 for any 10 consecutive trading days, the Company may, within 10 days of the occurrence of such event, provide written notice to the holders of Warrants, supplemented by way of news release, of the acceleration of the expiry date of the Warrants to the date that is 30 days following the date of such written notice.

As consideration for their services, the Underwriters received a cash commission equal to 6.0% of the gross proceeds of the Offering (excluding proceeds derived from certain purchasers on the Company’s president’s list, for which the cash commission was reduced to 3.0%). As additional consideration, the Company issued a total of 1,195,416 compensation options to the Underwriters. Each compensation option is exercisable into one Unit at the Issue Price until April 2, 2022.

As described in the Prospectus (defined herein), the Company, subject to applicable regulatory approvals, intends to use the proceeds to develop its indoor cannabis production facility located in Brantford, Ontario and its 100-acre outdoor farm in Brant County, Ontario, as well as for general corporate and other working capital purposes.

48North is pleased to announce that it has closed its previously announced bought deal. 48North will use the proceeds of the Offering to execute on its business plan, namely developing its proposed 100-acre outdoor cultivation site in Brant County, and the distribution of next-generation cannabis products to consumers for retail sale in Canada come October 2019. 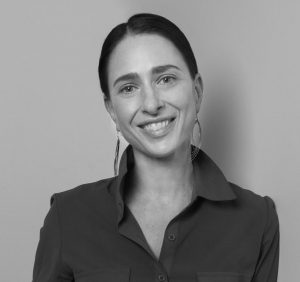 The Units were offered and sold by way of a short form prospectus dated March 26, 2019 (the “Prospectus”) filed in each of the provinces of Canada, excluding Quebec.