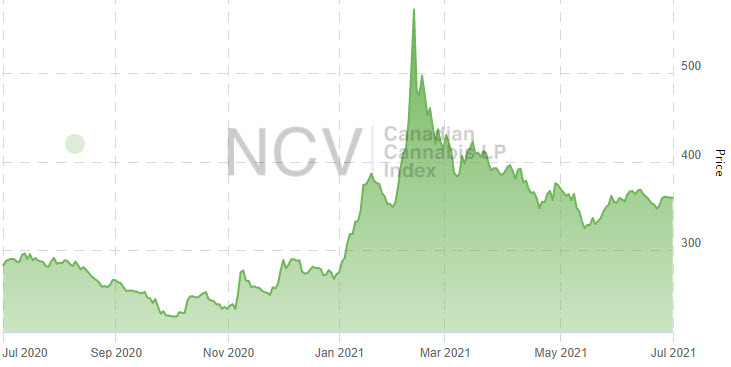 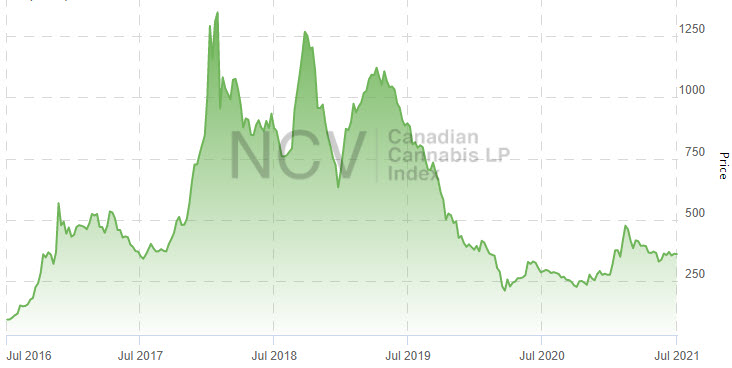 Among these largest LPs by revenue, HEXO Corp, last month’s best performer, was the worst performer, losing 16.4%, while Tilray gained 9.0%.

The best performer for the second straight month was Decibel Cannabis, which gained 25.5%, with Village Farms increasing almost 15%. The weakest name was Auxly, down 28.8%.

The returns for the overall sector varied greatly, with 4 names gaining more than 20% and 4 declining by more than 20%. The entire group posted a median return of -4.3%: 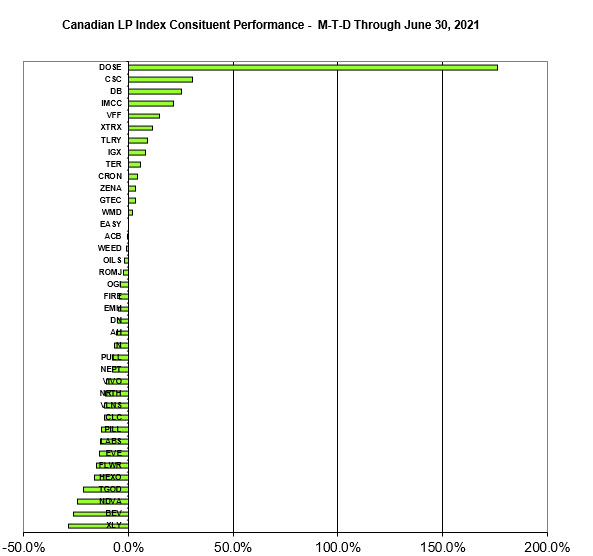 For July, the overall index will have 38 constituents, with the addition of Heritage Cannabis (CSE: CANN) (OTC: HERTF) to Tier 3. HEXO Corp will move from Tier 1 to Tier 2 after its quarterly revenue slipped below the C$25 million minimum for inclusion in Tier 1. Indiva (TSXV: NDVA) (OTC: NDVAF) will move from Tier 3 to Tier 2.