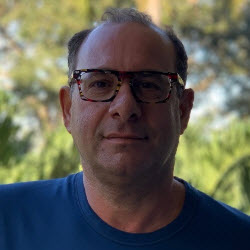 In the fall of 2018, cannabis software company springbig had 1.9 million consumers on its platform. Now, the company has reached more than 12 million consumers this month. Co-Founder and CEO Jeffrey Harris checked in with New Cannabis Ventures to discuss springbig’s evolving team, growing market share, and new features for the company’s platform. The audio of the entire conversation is available at the end of this written summary.

Two years ago, the springbig team had 13 to 15 people; today that number has grown to approximately 55. The company is planning to end 2020 with 70 to 75 employees.

The company adds 35 to 40 new customers each month. As springbig grows, it will focus on adding to its account management team to ensure its customers are properly supported. The company has opened a Seattle, Washington office to service its accounts in the Pacific Time Zone. Additionally, springbig is focused on its technology team, which is currently about 18 people strong, including developers, QA, project management, and CTO Horbal. springbig’s sales team currently has four employees.

Right now, springbig has more than 550 accounts, ranging from single retail locations to large dispensary chains. The company is in more than 1,400 dispensaries in the U.S. and Canada.

springbig went from 5 million consumers on its platform six months ago to more than 12 million now. Serving larger customers with more stores has allowed the company to achieve this rapid pace of growth and will help it to continue expanding, according to Harris.

Loyalty. springbig’s loyalty feature allows its customers to create and manage a consumer loyalty program with customized rewards. Consumers can access their reward wallets on their phones. The loyalty program can be based on various models, but the points per dollar model tends to drive more ROI than a points per visit model, according to Harris.

The company is planning to launch a new feature that will allow a point-of-sale partner to display the customer’s rewards wallet, so consumers won’t need their phones.

Campaign messaging. The campaign messaging component of the platform allows retailers to connect with consumers via SMS, MMS, and email. A high level of segmentation allows springbig’s customers to reach different consumer groups. For example, the retailer can message based on the average spend or brands purchased.

Automated messaging. springbig’s automated messaging is based on a variety of behavior-based triggers. The company is integrated with 17 point-of-sale providers within the cannabis industry, which gives it the ability to access real-time data. Behavior based on data from partnered POS providers, including companies like Leaf Logix, BioTrackTHC, Green Bits, Flowhub, Treez, Adilas, and MJ Freeway, is used to create the triggers that initiate automated messages to consumers. springbig is always adding to its automated trigger engine to drive more opportunities, according to Harris.

The company is planning to launch a new enterprise-level feature for its larger customers. This feature will allow larger chains to access and query a data warehouse, facilitating additional insight into their consumers. The enterprise offering will also include additional loyalty, reporting, and compliance components.

In February, springbig will be launching its new brand marketing platform, which will allow brands to work with retail partners to market products to consumers. The platform will be launching in beta in the California, Nevada, and Washington markets, according to Harris.

springbig has raised approximately $9 million, and the company is gearing up for what it expects will be its final raise, according to Harris. This capital raise will be used to fund growth; springbig has been cash flow positive since October.

Altitude Investment Management led the company’s last round. During its last round, Altitude was its only new investor; the rest of the round was picked up by existing investors. This time, springbig is looking at two categories of investors: cannabis investment funds and tech investment funds.  Harris anticipates a similar situation for this raise–selecting a lead and existing investors participating again.

There are no plans to take the company public at this time, according to Harris. The plan is to double the company’s business in 2020.

The company ended December with a little over $11 million in annual recurring revenue, representing more than 600 percent year-over-year growth. springbig is targeting approximately $30 million for 2020, and it aims to be in 2,500 stores by the year’s end.

springbig carefully tracks a number of KPIs on at least a monthly basis: number of accounts, number of new accounts, number of stores, retention rate (approximately 99 percent), quantity of messaging, and annual recurring revenue. Tracking these metrics helps the company ensure there are no holes in its plan, according to Harris.

When springbig first came onto the scene, Baker Technologies was the leading pure-play in the space, but it became part of TILT Holdings (CSE: TILT) (OTCQB: TLLTF). Harris still sees TILT, a well-funded public company, as an important competitor. Other companies, like Sprout, are a part of the competitive landscape.

Harris expects competition to remain fairly steady over the next year, but he is taking into consideration the possibility of companies from outside the cannabis industry making an entrance.

Looking ahead, the launch of the brand platform is a major opportunity and a significant impetus behind the company’s upcoming capital raise. The platform opens the door to a whole new customer set, brands across multiple states, and Harris thinks this part of the business could be as big as or bigger than the retail segment.

New Cannabis Ventures provides a customized landing page for springbig, which is a client. Listen to the entire interview: