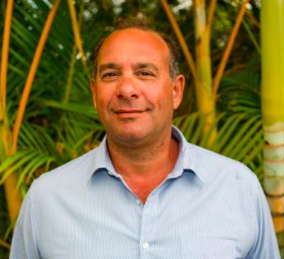 Cannabis loyalty software platform springbig is hitting a significant growth stride. The company grew 685 percent from September 2017 to September 2018, outgrew its Boca Raton office, and hit 1.9 million consumers on its platform. Plus, Cofounder and CEO Jeffrey Harris expects the company’s team of 22 to reach 35 to 40 people within the next four to five months. Harris spoke with New Cannabis Ventures about the company’s strategy and its meteoric expansion.

Two decades ago, Harris started the loyalty marketing company Inte Q, which now serves major retailers like Adidas, Party City, and Pep Boys. He took those years of experience in the loyalty marketing space and applied them to the cannabis industry. Now, he sees springbig as several steps ahead of the competition.

How the Platform Works

The springbig platform, designed to be a holistic loyalty program experience for retailers and consumers, has two primary functions. First, it gives cannabis retailers the ability to configure a loyalty program that fits their customer base. springbig then manages consumer points, redemption, and communication between the store and consumer. Second, the platform collects data on consumer visits, purchases, and spend to help retailers effectively communicate with and market to their consumer base. The company hit 1 million consumers in June, and four months later that number has almost doubled to 1.9 million.

springbig’s loyalty platform is able to live on the same device as dispensaries’ point-of-sale platforms thanks to integration with nine POS providers, including Green Bits, Cova, Korona, Flowhub, Treez, Blaze, MJ Freeway, BioTrack, and most recently Leaf Logix. The loyalty platform can pull customer and transaction data directly from a POS system without the need for a second device. Right now, none of springbig’s competitors have that level of transaction-based integration, according to Harris.

The company has a philosophy of strength in partnership. So, naturally, springbig forms relationships beyond the POS space. For example, the company integrates with ecommerce companies, like greenRush and I heart Jane, and companies like Leafbuyer and dispensaries.com on the marketing side of the space.

springbig is focused on all of the major markets already open and gearing up to come online in the United States, which means the company is aiming for a coast-to-coast presence. The company is also moving into Canada through a partnership with Cova, which will focus largely on the western provinces. Although Harris sees the possibility of expanding beyond North America eventually, the immediate focus will be on pursuing the opportunity in the U.S. and Canada.

Last year, springbig completed its $2.6 million seed round of funding, and now, the company has launched its Series A. The Series A will close within next two to three months, further driving business growth.

As springbig grows along with the rest of the industry, Harris expects the company will need to increasingly have the resources and flexibility to serve both small and medium-sized business, as well as a growing number of retailers with 50 to 100 or more locations.

springbig is a client of New Cannabis Ventures. Listen to the entire interview: