The American Cannabis Operator Index, which had begun 2022 with its 11th consecutive decline in January, advanced 5.4% in February to 40.71: 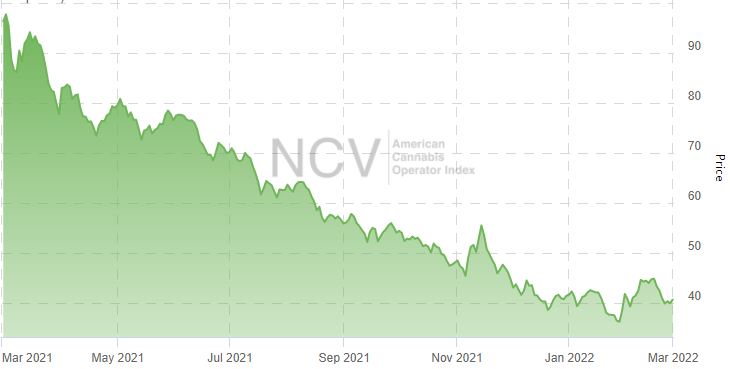 During February, the index included 19 companies, including 14 multi-state operators (MSOs), 2 single-state operators (SSOs) and 3 focused solely on CBD extracted from industrial hemp. 5 companies posted double-digit gains, while 3 declined by more than 5% during the month, with a median return of 4.9%: 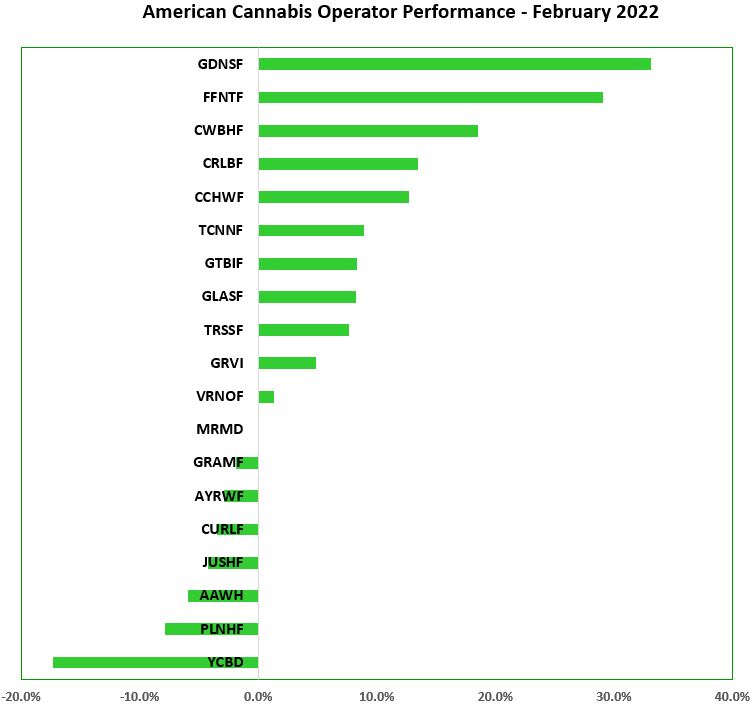 For March, the index will again include 19 stocks.