Adding to a 29% gain in Q2 despite a pullback in June, the American Cannabis Operator Index rocketed higher in July, increasing 26.7% to 34.53: 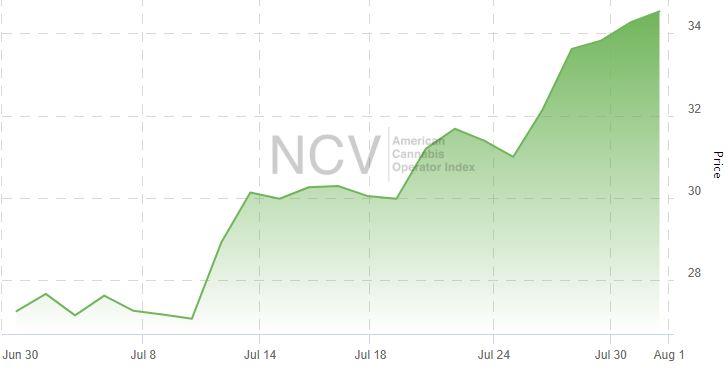 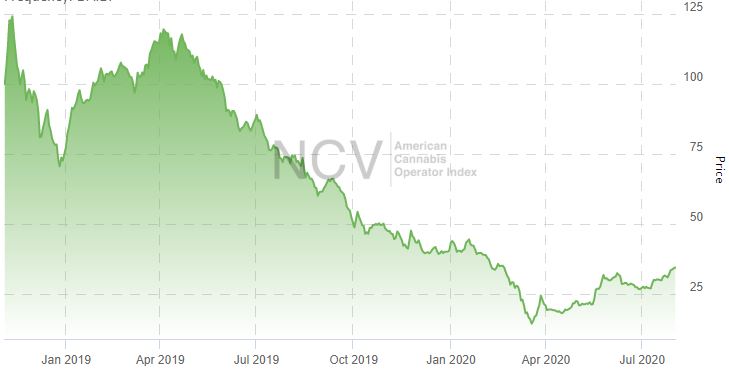 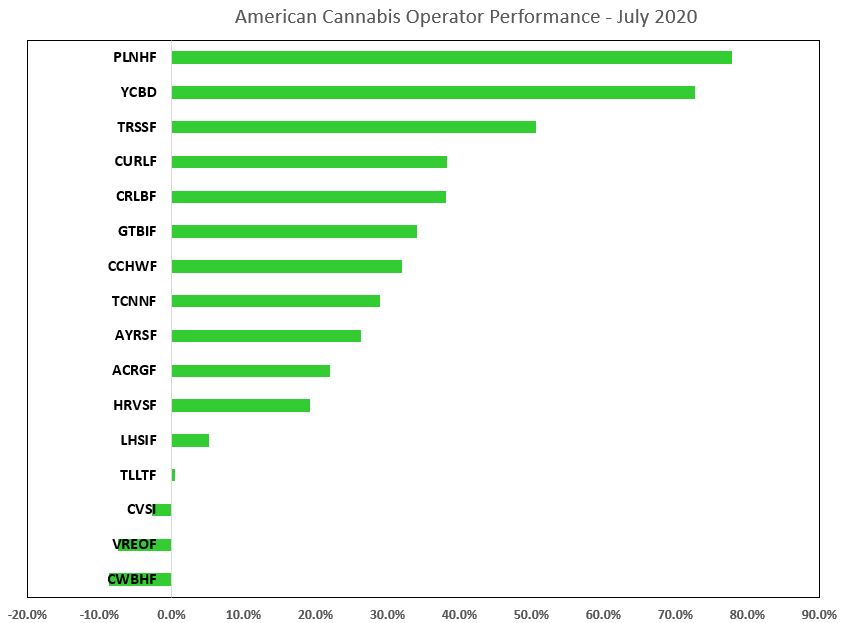 The four best performing stocks included Planet 13 Holdings, (CSE: PLTH) (OTC: PLNHF), cbdMD (NYSE American: YCBD), TerrAscend (CSE: TER) (OTC: TRSSF) and Curaleaf Holdings (CSE: CURA) (OTC: CURLF). Planet 13 was the second best performer in June and is now up more than 43% in 2020. The company further expanded its own branded products during the month and announced the pending acquisition of an additional cultivation and production facility in Las Vegas. cbdMD was among the strongest performers for the third month in a row and is now up 46% year-to-date. During July, it announced two celebrity marketing sponsorship partners. TerrAscend, which is up more than 46% year-t0-date, opened its fourth The Apothecarium dispensary in Northern California, in Berkeley, its first in the East Bay. It will be hosting an Investor Day on August 6th, an event that will include a moderated fireside chat with David Klein, the CEO of strategic investor Canopy Growth. Curaleaf Holdings, which posted a small gain during the challenging month of June, closed the acquisition of Grassroots Cannabis. The stock has rallied almost 34% in 2020.

For August, the number of names in the index will increase to 17 with the removal of TILT Holdings, which we have included inadvertently (the majority of its revenue is from ancillary businesses), the return of 4Front (CSE: FFNT) (OTC: FFNTF) and the first-time inclusion of Jushi Holdings (CSE: JUSH) (OTC: JUSHF). We interviewed Jushi CEO Jim Cacioppo earlier this year.