Following a 5.8% decline in its inaugural month, the American Cannabis Operator Index fell 18.0% during December: 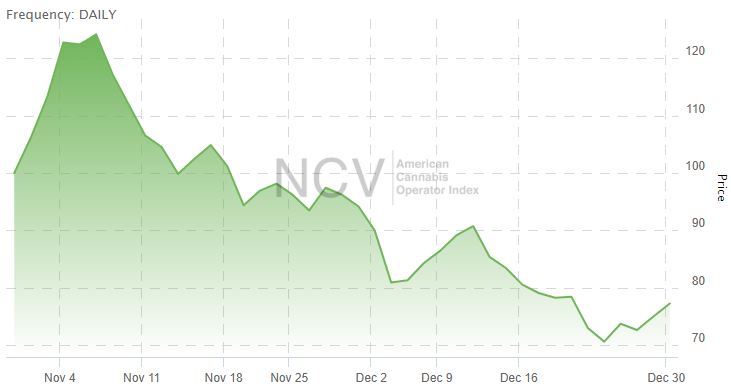 During December, the index included 17 companies, including 12 multi-state operators (MSOs) and five focused on CBD extracted from industrial hemp. Several MSOs have a dual strategy that also includes selling CBD across the country, including Curaleaf Holdings (CSE: CURA) (OTC: CURLF), Green Growth Brands (CSE: GGB) (OTC: GGBXF) and 1933 Industries (CSE: TGIF) (OTC: TGIFF).  Only one name managed a positive return, while three lost more than a third of their value: 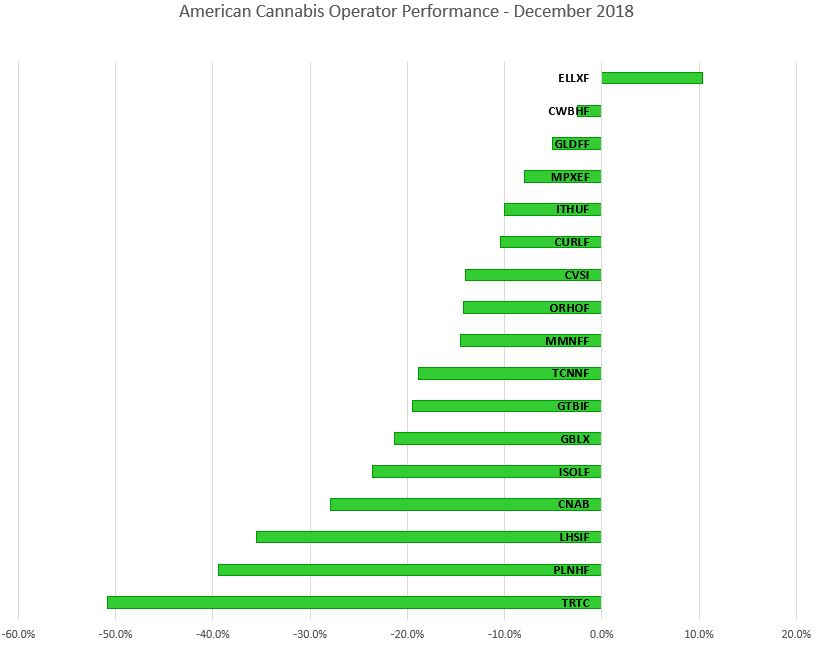 The passage of the Farm Act, which legalized hemp, helped push Elixinol Global (ASX: EXL) (OTC: ELLXF) to the only gain. Other CBD producers Charlotte’s Web (CSE: CWEB) (OTC: CWBHF) and CV Sciences (OTC: CVSI) declined less than the index as well. The worst performer was Terra Tech (OTC: TRTC), which declined sharply after being sued for alleged fraud, a lawsuit which it said is without merit.

For January, the index will include 18 names, as United Cannabis (OTC: CNAB) no longer qualified due to its trading volume in the United States declining below the minimum while 1933 Industries and Green Growth Brands will now be included.  There are several names that listed on the Canadian Securities Exchange recently that we expect will join in the near future once they obtain actual OTC listings.