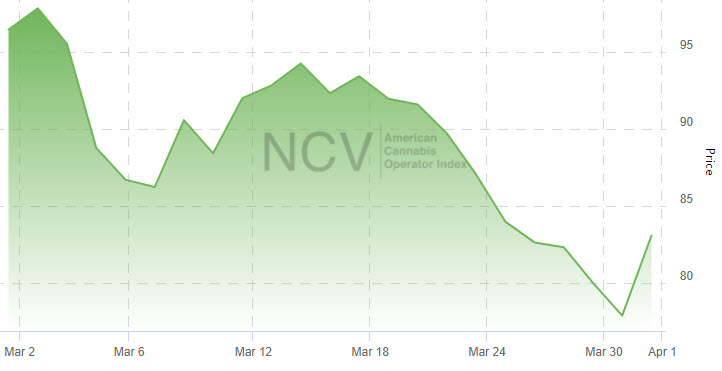 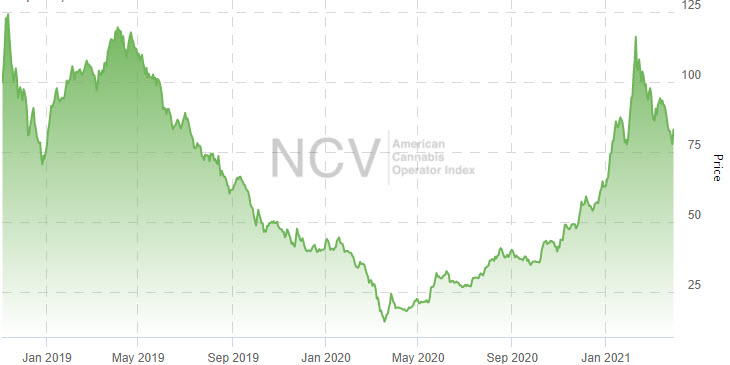 During March, the index included 34 companies, including 31 multi-state operators (MSOs) and 3 focused solely on CBD extracted from industrial hemp. Only 3 companies posted positive returns, while 6 declined by more than 25% during the month: 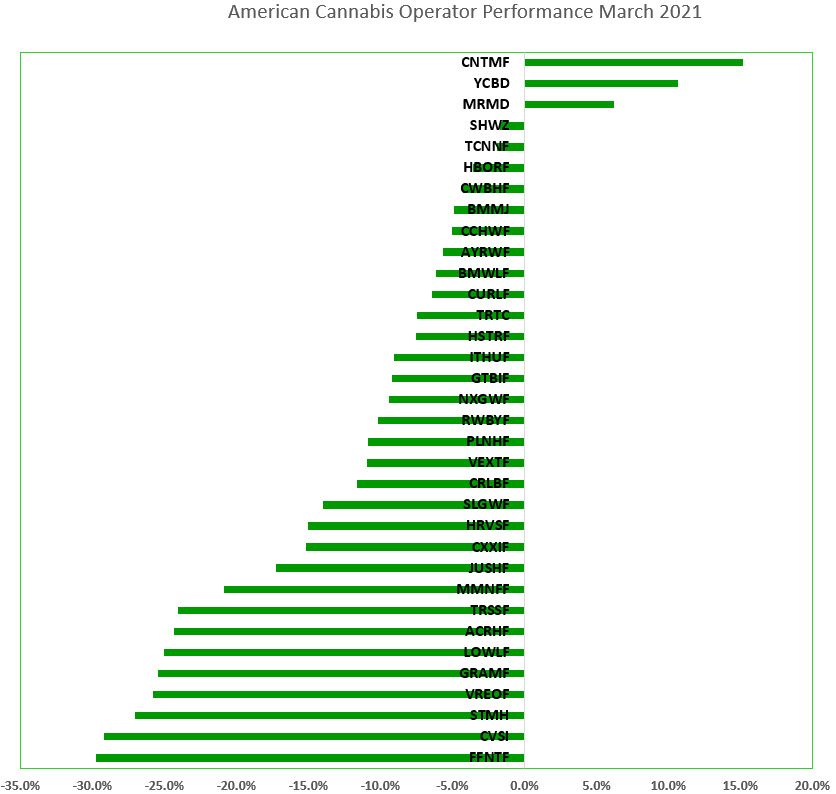 In the next monthly review, we will summarize the performance for April and discuss any additions or deletions. Be sure to bookmark the page to stay current on American cannabis operators stock price movements within the day or from day-to-day.