This is a copy of the June 10th edition of our weekly Newsletter, which we have been publishing since October, 2015.

It was an historic week for Canada, which remains on track to become the first major country with federally legal cannabis production and sales to adult consumers after the Senate approved an amended version of the Cannabis Act (C-45) on Thursdaynight. In a little bit of classic “sell the news” but perhaps augmented by the realization that the House of Commons and Senate must now reconcile the amendments, the Canadian LPs gave up some of the gains ahead of the vote. So far in 2018, just like in 2017 and 2016, the sector finds itself consolidating prior gains thus far, with the Canadian LP index down 10% year-to-date. 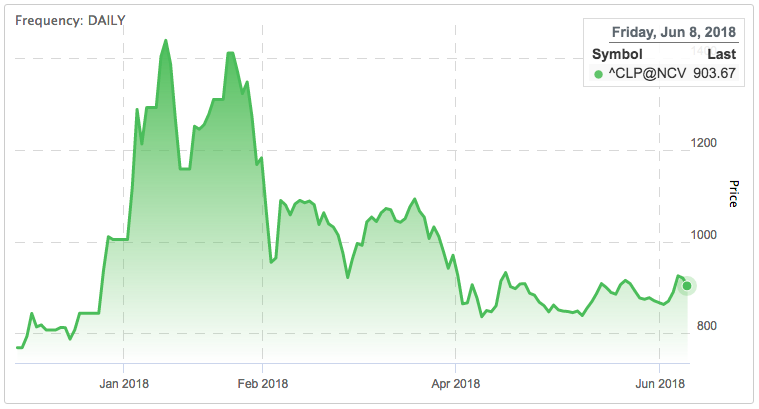 We began publishing a suit of professionally managed indexes earlier this year to help our readers track this dynamic sector of the market, which now includes 33 publicly-traded companies and more on the way. With the unique addition of three sub-indexes to allow some additional perspective, dividing the market into tiers based on how far along the LPs are in generating sales. In 2017, stocks in Tier 1, the companies with substantial sales, generated a return of 213%, while the the Tier 2 companies, which were able to sell but had not yet generated significant sales, posted an even better 309% return.

In 2018, the first full year for three tiers, which now also break out in Tier 3 those companies that are licensed to grow but that aren’t yet permitted to sell, the returns have been wildly divergent:

How investors are positioning within the LP sector has a tremendous impact on the returns they are experiencing in 2018 thus far. Without getting too deeply into the reasons for this dynamic, we do think that the strength in Tier 1 is based on a greater appreciation of the importance of distribution in the coming domestic legal market as well as of the role international market development, where the largest LPs are better positioned for now, will be. Another factor is likely that investors struggle to differentiate as the number of public companies has ballooned. Finally, all five of the Tier 1 names are listed on the Toronto Exchange (along with two Tier 2 names), and this liquidity advantage may be playing a role as well.

With the dramatic underperformance relative to larger lPs, investors could be well served to explore some of the laggards outside of Tier 1, especially those that may offer some differentiation in terms of business models and market strategies. We have seen interest from outside of the industry from tobacco and alcohol companies, and a less mature company, with its dramatically lower market cap, may be appealing for cross-sector entry. We haven’t seen anyone report this yet, but we learned this week that Alliance One International paid US$32.468 million to buy Canada’s Island Garden. The tangible assets were less than $7 million, and the new asset requires substantial investment.

Finally, we want to share that we have updated our Canadian Cannabis Investor Resources page, which now includes important links to the province websites detailing their cannabis programs. Over the next few months, when Ontario and BC will announce suppliers (BC has a dual system that will also include private retailers, though LPs are prohibited from selling their own product should they pursue retail) and Alberta will release its retailers, investors will need to pay close attention to these critical provincial developments.

4Front is a leading investment and management firm in the U.S. cannabis sector. It has developed a national platform that consists of a multi-state retail footprint, a far-reaching network of partnership relationships, and operational efficiencies that allow it to take advantage of new opportunities as state-legal cannabis markets continue to open up. To follow the company’s progress, click the “Get more info” button by visiting their page on New Cannabis Ventures.

Avid readers of New Cannabis Ventures are also often subscribers of Alan Brochstein’s 420 Investor, the largest, most comprehensive cannabis-investment centric newsletter service since 2013. If you are interested in learning more about how to navigate the opportunities and obstacles in the publicly-traded cannabis sector, consider joining our large community of investors.