The Venture will focus on expanding the Company’s footprint in established regulated cannabis markets in Africa.

LEAMINGTON, ON, May 28, 2018 /CNW/ – Aphria Inc. (“Aphria” or the “Company”) (TSX: APH and US OTC: APHQF) today announced that it has entered into a series of agreements (the “Transaction”) resulting in Aphria forming a joint venture, CannInvest Africa Ltd. (“CannInvest”), with South African company Verve Group of Companies (“VGC”). As part of this transaction CannInvest will acquire an interest in Verve Dynamics Inc. (“Verve”), a licensed producer of medical cannabis extracts in Lesotho.  The Transaction is valued at C$4.05 million.

We are very excited to bring this deal, which was inherited through our acquisition of Nuuvera, to a very successful close. Given the abundant natural resources and our collective expertise and that of our partners, Verve is poised to become one of the lowest-cost producers of medical cannabis extracts in the world. This represents another significant pillar in our strategic international expansion, where our presence extends to more than 10 countries across five continents.

Verve will supply high-grade low-cost cannabis isolates to the African continent and, through Aphria International’s distribution network, to markets across the globe.

“Our partnership with Aphria is a game-changer for the cannabis industry,” said Richard Davies, Managing Director of VGC. “We are very excited to be working with Aphria, who are undoubtedly the most agile and forward-thinking company in the cannabis space period. Together we aim to effectively network with multiple opportunities across the African continent with a keen focus on jobs creation, and most importantly community participation.”

Aphria is forming a new venture, CannInvest Africa Ltd., a South African corporation. Aphria’s partner in CannInvest is Verve Group of Companies, founded by Richard Davies, a South African with more than 20 years’ experience in phytoextraction of African medicinal plants. Through a combination of a share-for-share swap and cash payment of C$4.05 million, Aphria will have a 50% ownership in CannInvest which in turn will acquire VGC’s existing 60% ownership interest in Verve. As a result of the transaction, Aphria anticipates consolidating the financial results of Verve in its financial statements going forward.

Verve is located in The Kingdom of Lesotho, the first African country to introduce licenses for the cultivation, extraction, sale and exportation of cannabis for medical use. CannInvest’s partner in Verve is the Matekane Group of Companies (Pty) Ltd. (“MGC”) founded by Sam Matekane a prominent and well-respected Basotho businessman. MGC is an award-winning company involved in a multitude of industries including construction, mining, farming, hospitality, property management, and aviation.

As I’ve said before, our main aim at MGC, together with Government, is to move Lesotho into a category of developed country from a developing country. Lesotho was the first country to issue cannabis licenses in Africa and this partnership with CannInvest will ensure that we will also be the first to market our purified extracts globally; thus, enabling our people to work towards a financially sustainable country for all. 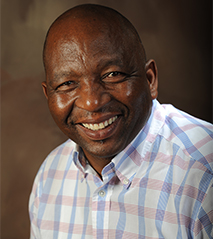 Verve received its drug operator cannabis license in March 2017, and construction of greenhouses and facilities are currently being completed. By virtue of the favourable climate and other regional factors, Verve anticipates being a worldwide leader in the processing of low-cost medical cannabis extracts. Verve is in the process of commissioning its proprietary high-volume extraction equipment and is pursuing EU-compliant GMP certification, which it expects to receive in the latter half of 2018.

In addition to Verve, CannInvest will also expand its footprint in Africa through additional licensing and commercial opportunities across the continent.

Aphria, through Nuuvera, previously announced it entered into an off-take agreement with Verve, which is intended to serve Aphria’s international markets.