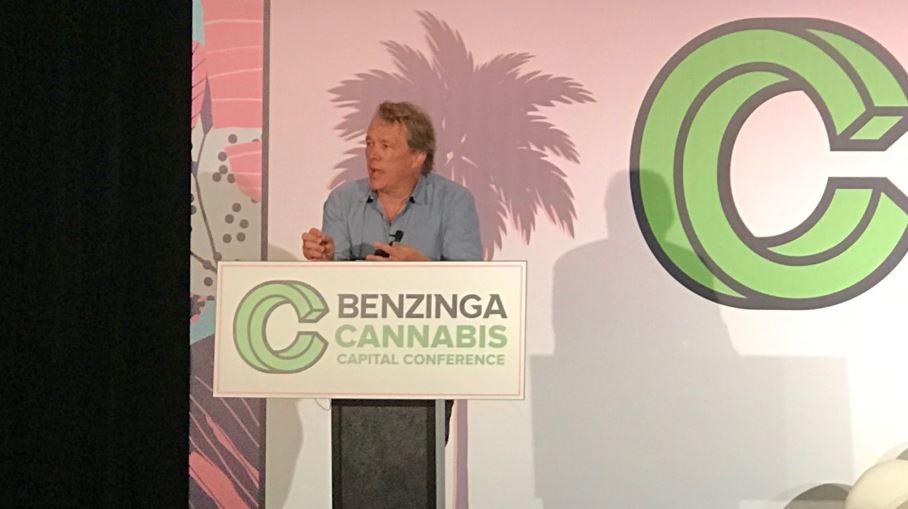 Bruce Linton, formerly co-founder and CEO of Canopy Growth, delivered a keynote speech at the Benzinga Cannabis Capital Conference in Miami on February 27th, sharing his enthusiasm for the American hemp industry. He revealed that he would soon announce his involvement with a special purpose acquisition corporation (SPAC) in order to potentially bring a company public, joining several other SPACs that have raised in excess of $1 billion to deploy into the cannabis industry.

On March 2nd, Collective Growth Corporation, which intends to trade its units on the NASDAQ with the symbol “CGROU”, filed an S-1 registration statement to raise $150 million by selling 15 million units that include shares at $10 with $11.50 warrants for 1/2 of a share. 52 days after trading commences, the company expects that the shares will begin trading with the symbol “CGRO” and the warrants with the symbol “CGROW”. Following the offering, the company will have a total of 19.012 million Class A and Class B shares and 9.506 million warrants. Collective Growth sold 4.3 million Founder Shares for $25,000 in December, with up to 562,500 shares subject to forfeiture.

Linton serves as Chairman and CEO of the Austin-based company, and his management team includes several Canopy Growth veterans. President Geoffrey Whaling, who has served as the President of the National Hemp Association since late 2017, was formerly co-Founder and President of HIP Developments LLC, a division of Canopy Growth USA and also served as strategic advisor to Canopy Growth Corporation from 2015 until November 2019. CFO Tim Saunders served in that role at Canopy Growth for over four years until he departed last May. Chief Marketing Officer Wilson Kello was previously a consultant to Canopy Growth and several other cannabis companies.

According to the registration statement, Collective Growth intends to “utilize the extensive sourcing network of our management team to identify target businesses servicing the cannabis industry that we believe are underperforming.” Cantor Fitzgerald will serve as the underwriter of the offering.