Part 5 of Cannabiz Media’s 6-part series about marijuana licenses in California reviews the state’s 2018 licensing growth and compares the state’s licensing numbers to those of other states. If you missed previous parts of the series, you can follow the links to read them now: Part 1: California Overview, Part 2: California Cultivation,  Part 3: Manufacturing and Part 4: Retail and Dispensing.

A lot has changed in the short time I’ve been writing this series of blog posts about marijuana licenses in California. Here are three important highlights:

The Cannabiz Media License Database currently shows that California has issued 5,369 licenses, which is more than double the approximately 2,000 licenses that were being tracked in the database at the end of January of this year and significantly more than the 3,518 licenses that had been issued when I started this series at the beginning of March. The chart below puts the growth rate into perspective. 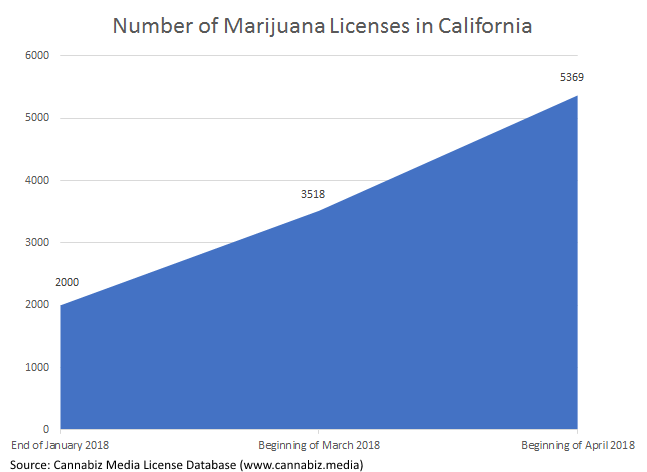 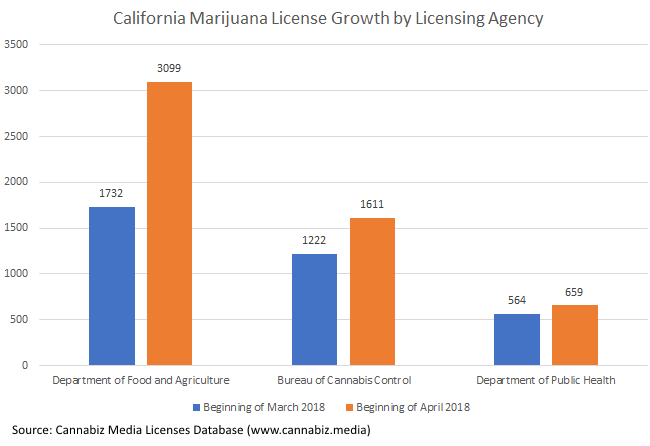 The 5,369 active marijuana licenses that have been issued in California so far are primarily cultivation licenses (3,099). As you can see in the chart below, there are also 682 active manufacturing licenses in the state and 841 active retail and dispensing licenses. 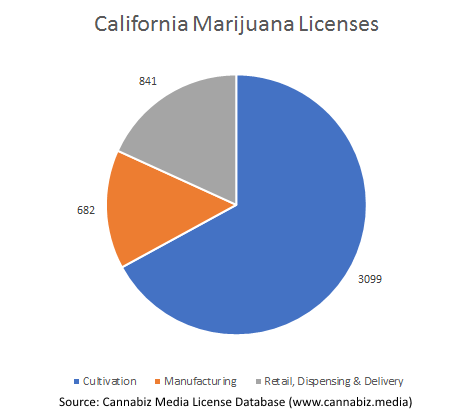 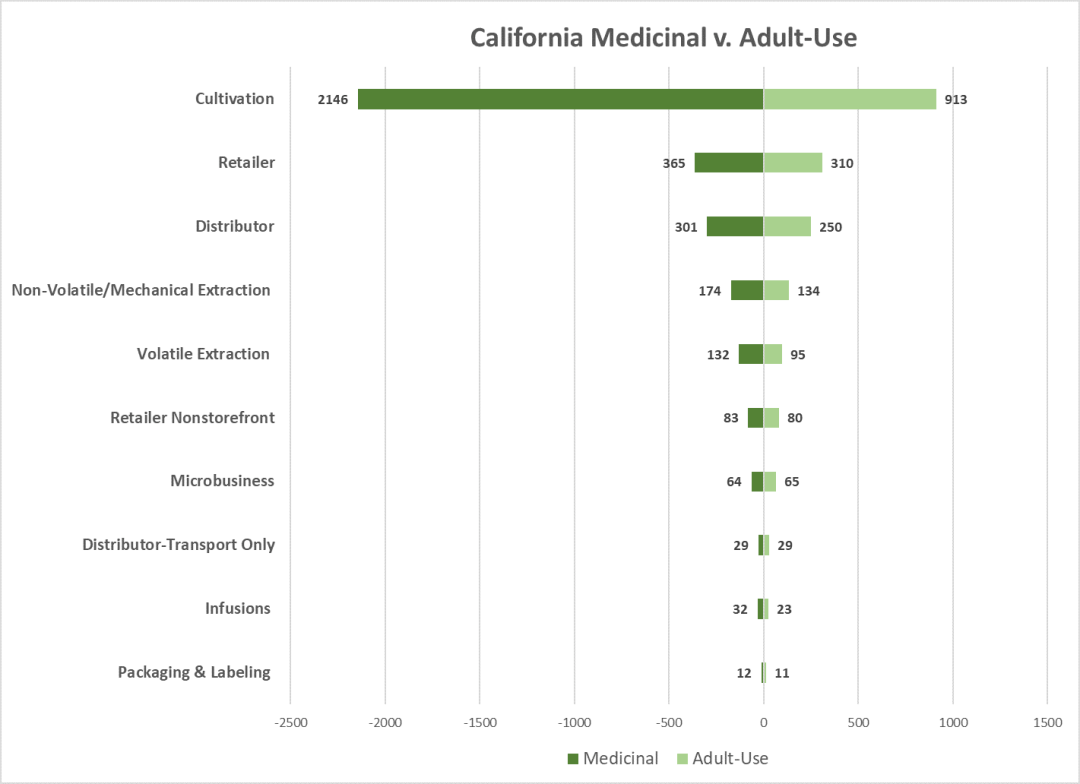 California Marijuana Licenses Compared to Licenses in Other States 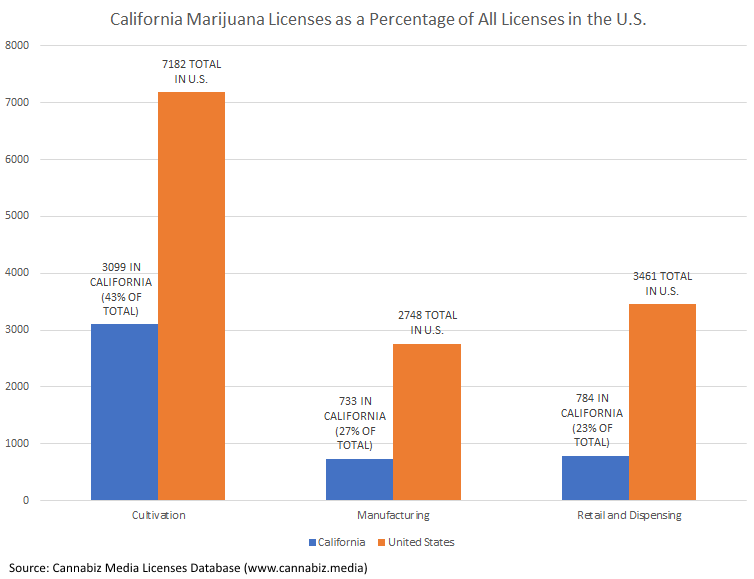 It’s important to understand that the number of marijuana licenses in California is growing rapidly on a daily basis. However, the state is only issuing temporary licenses right now. These temporary licenses will start to expire at the end of April (each is valid for 120 days from the date of issuance). When a temporary license expires, the license holder can apply for a 90-day extension if they’ve submitted a complete application for a regular license. This is something to watch in the coming months as things could look very different in the future.

Part 6 of the Marijuana Licenses in California series will include an infographic highlighting some of the most interesting information about California’s marijuana licenses.