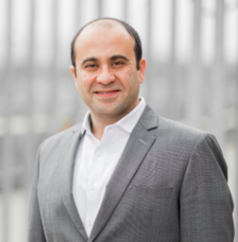 TerrAscend is an urban licensed cannabis producer in Ontario, but the company is not seeking to become the largest cultivator. Instead, the company is investing in retail, marketing, and brand development in both the medical and adult-use markets. CEO and President Dr. Michael Nashat told New Cannabis Ventures about the company’s business model in Canada, the decision to move into the United States and its strategic partners.

Nashat, a pharmacist by training, first learned about cannabinoids while doing his post-doctoral fellowship in neuroscience in the United States. When Canada established a medical cannabis program, he saw an opportunity to create a company that would serve as a mail-order cannabis pharmacy. That is how TerrAscend got its start, but the company has since evolved.

Today, TerrAscend has a 67,000-square-foot cultivation and processing facility located in Mississauga, Ontario, several clinics throughout the province, and more than 100 employees. On the medical side, the company provides medical cannabis and patient navigation services through TerrAscend Canada and Solace Health. With the launch of its adult-use brand, Haven St., the company is also pursuing a retail model. Additionally, the company has joint ventures, such as Ascendant Laboratories. TerrAscend partnered with Cistron to launch the joint venture, which will focus on cannabinoid biology and genetics.

Last year, Canopy Growth, Canopy Rivers, and JW Asset Management made a $52 million investment in TerrAscend, co-led by Jason Wild, now Chairman of TerrAscend and President and Chief Investment Officer of JW Asset Management. Each of those shareholders has played a valuable role in the company’s growth. Canopy Growth has helped TerrAscend navigate build-out challenges. As an investment platform, Canopy Rivers can help TerrAscend make strategic deals with other companies in its portfolio. For example, TerrAscend recently entered into a supply agreement with PharmHouse.

TerrAscend in the U.S. and Beyond

TerrAscend is listed on the CSE, making it one of the few ACMPR LPs with the option to establish operations in the United States. “We choose to pursue the U.S. because it is the most mature cannabis market in the world,” said Nashat. He sees the U.S. as an opportunity to work in a profitable space with strong brand knowledge and management teams and a sophisticated supply chain.

To support the move into the U.S., Canopy Growth and Canopy Rivers agreed to switch their shares from common to exchangeable until cannabis is federally legal in the U.S. The capital reorganization not only allows the company to operate in the United States, but it also signals the company’s strong position with its shareholders, according to Nashat.

When establishing a U.S. presence, TerrAscend will focus on growing markets with strong retail presence, such as California. Beyond expansion into the states, the company is also eyeing international expansion through export agreements.  Nashat sees promise in the European, Asian, South American, and Caribbean markets.

As the company continues to grow, it will focus on scaling, creating brand recognition, aligning itself with strategic partners, and making the right decisions for shareholders.

TerrAscend is a client of New Cannabis Ventures. Listen to the entire interview: