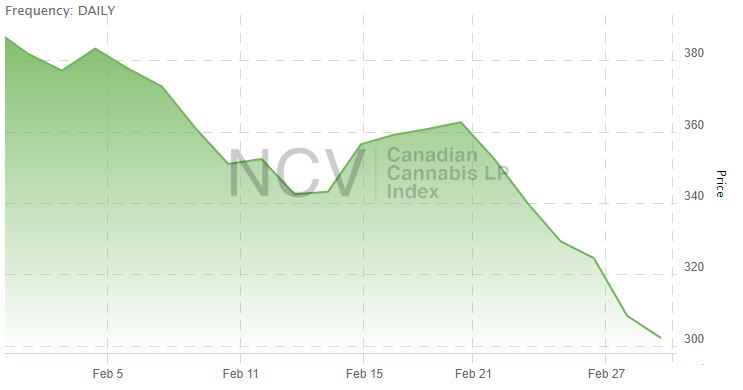 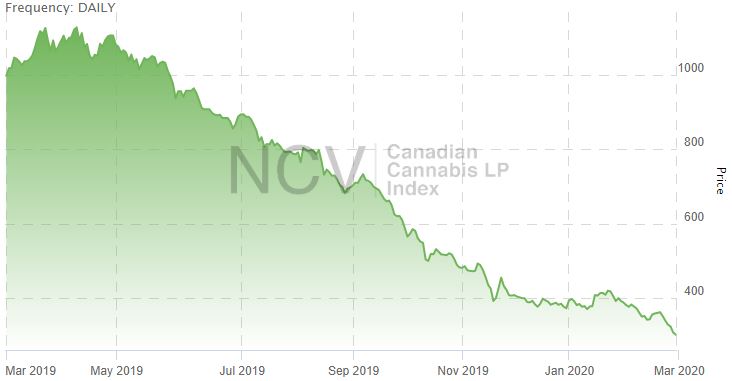 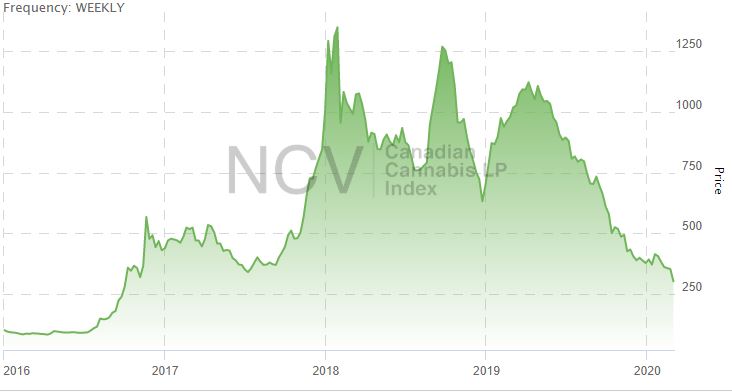 Tier 2, which included the LPs that generate cannabis-related quarterly sales between C$2.5 million and C$10 million, fell 22.7%, underperforming the broader market after having outperformed in the prior two months as it closed at 448.04. In 2019, it lost 44.3% in 2019 after closing at 569.54 and is down 21.3% in 2020. This group included Delta 9 (TSXV: DN) (OTC: VNRDF), Emerald Health (TSXV: EMH) (OTC: EMHTF) TerrAscend (CSE: TER) (OTC: TRSSF), VIVO Cannabis (TSX: VIVO) (OTC: VVCIF), WeedMD (TSXV: WMD) (OTC: WDDMF) and Zenabis Global (TSX: ZENA) (OTC: ZBISF). TerrAscend posted the best performance of Tier 2 companies, declining less than 5%. Emerald Health and WeedMD, both of which lost more than 40% of their value during the month, were the worst performers.

The returns for the overall sector varied greatly, with 4 names posting positive returns, while 12 declined by more than 30%, with the entire group posting a median return of -21.0%: 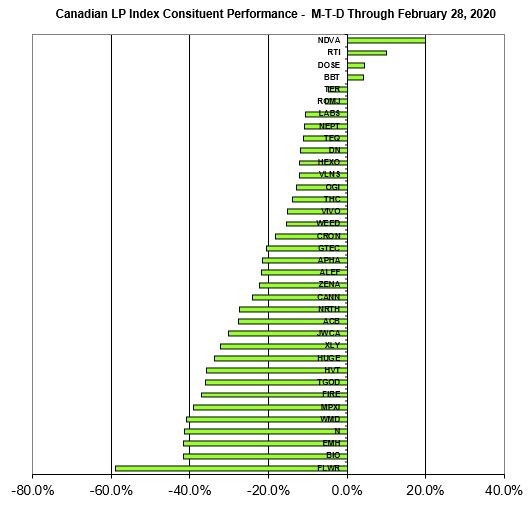 For March, the overall index will have 35 constituents, as we have removed James Wagner Cultivation (TSXV: JWCA) (OTC: JWCAF) because it no longer qualifies for inclusion due to its price being below C$0.20 and its quarterly industry revenue not meeting the minimum requirement of C$1 million for stocks that don’t meet the price minimum. Additionally, Supreme Cannabis has moved from Tier 1 to Tier 2 following a decline in quarterly revenue below C$10 million. Note that the date for making changes to the index was 02/26.