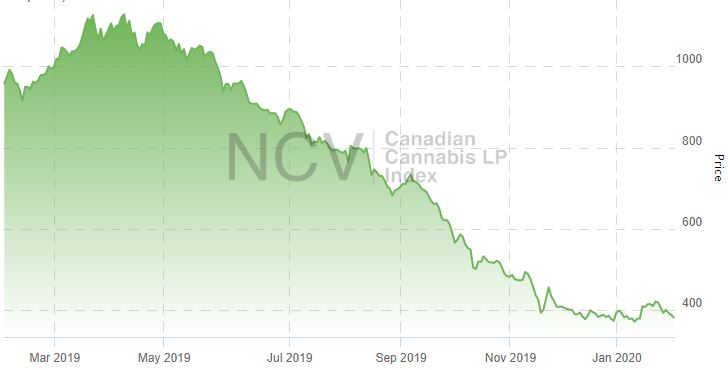 The returns for the overall sector varied greatly, with 5 names posting double-digit returns, while 8 declined by more than 20%, for a median return of -9.5%: 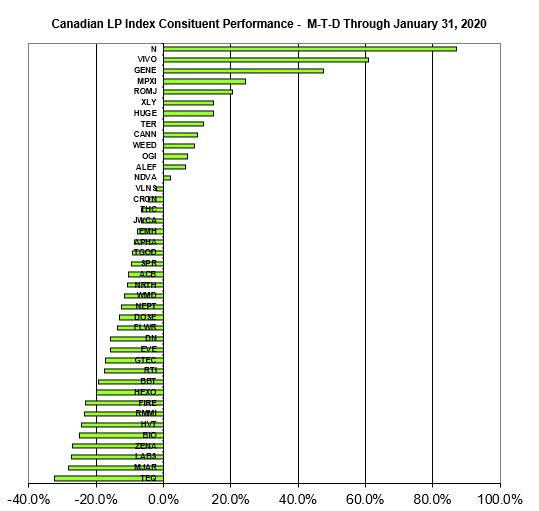 For February, the overall index will have 36 constituents, as we have removed 5 names that no longer qualify for inclusion due to their price being below C$0.20 and their quarterly industry revenue not meeting the minimum requirement of C$1 million for stocks that don’t meet the price minimum. The stocks removed included Eve & Co (TSXV: EVE) (OTC: EEVVF), Invictus (TSXV: GENE) (OTC: IVITF), MJardin (CSE: MJAR) (OTC: MJARF), RMMI Corp (CWE: RMMI) and Sproutly (CSE: SPR) (OTC:SRUTF). Note that the date for making changes to the index was 01/29.