Statistics Canada released January retail sales for the country this morning, with cannabis sales decreasing from December by 2.1% to C$347.2 million. December was revised substantially lower from the previously reported C$382.4 million. The sales were up 24.2% from a year ago, up from the 19.3% December growth rate, an all-time low: 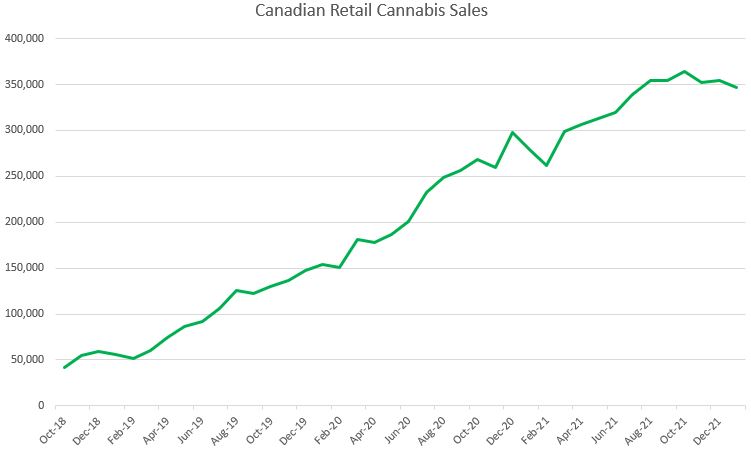 Hifyre IQ had forecast sales of C$354 million based upon its data. The data analytics provider has been estimating February sales to be 7.3% lower, which would be 6.7% below the actual January level and up 24% from a year ago. 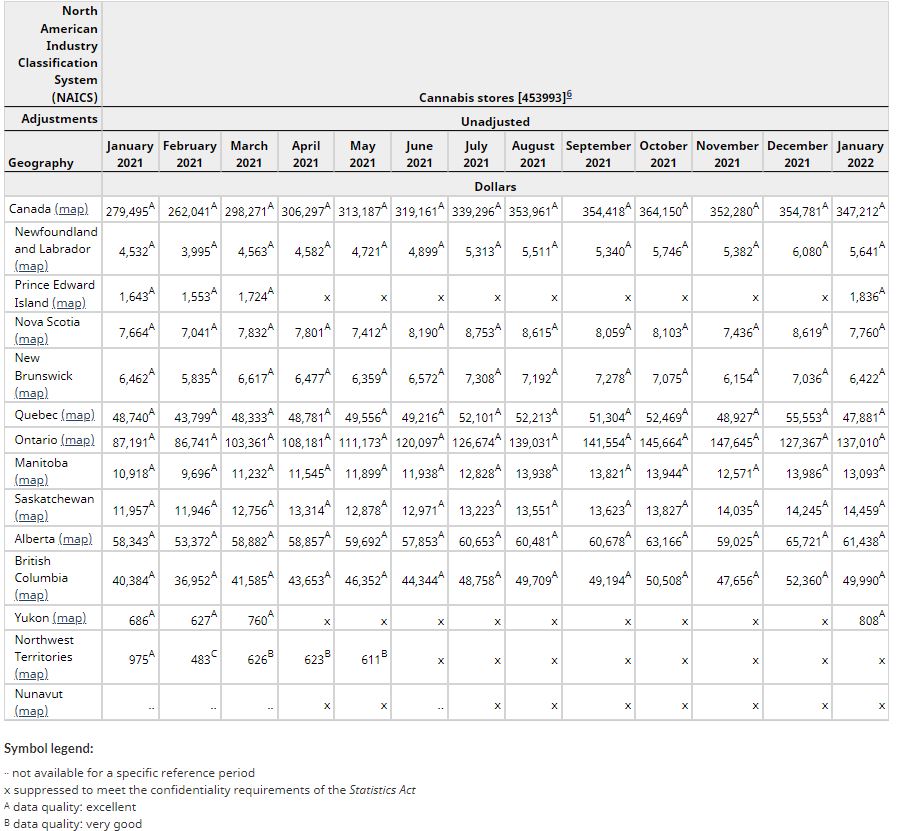 Hifyre IQ estimated that product categories have seen a shift towards flower products, which it estimates at 29.5% in January compared to a record 30.0% in December, when edibles got a bump due most likely to the holidays. In February, Hifyre estimates that non-flower products decreased to 29.2%, with a reduction in vape driving the change. 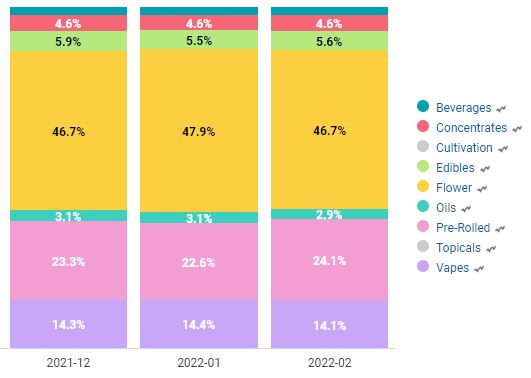 The February sales data will be released on April 22nd.