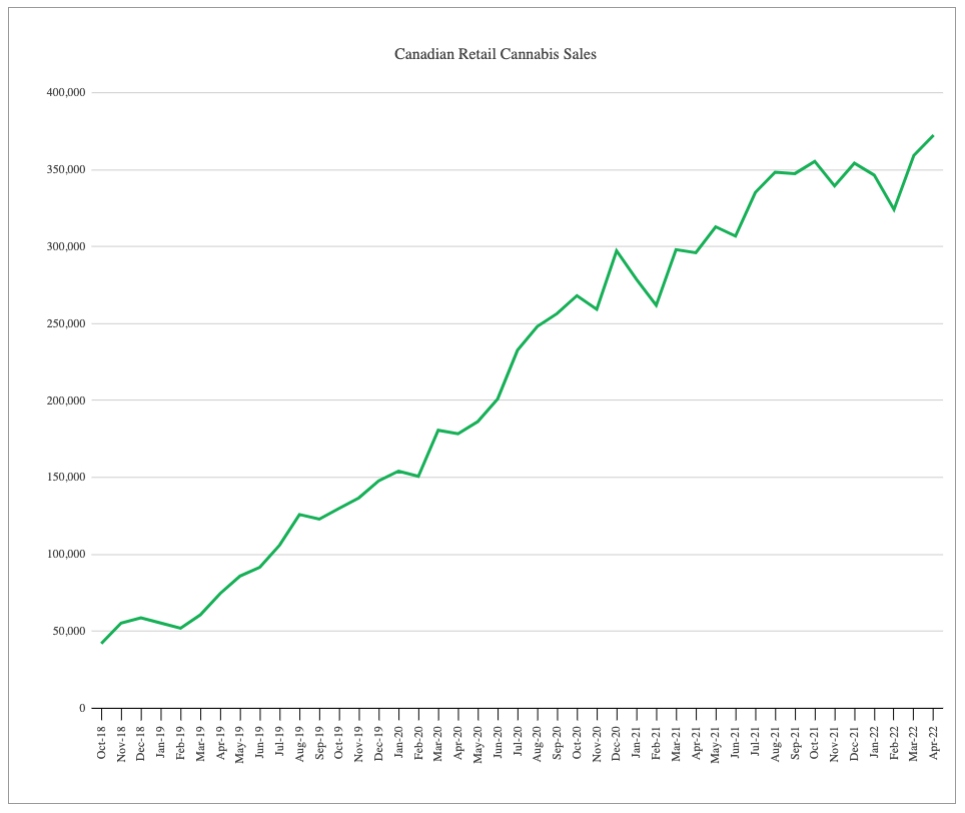 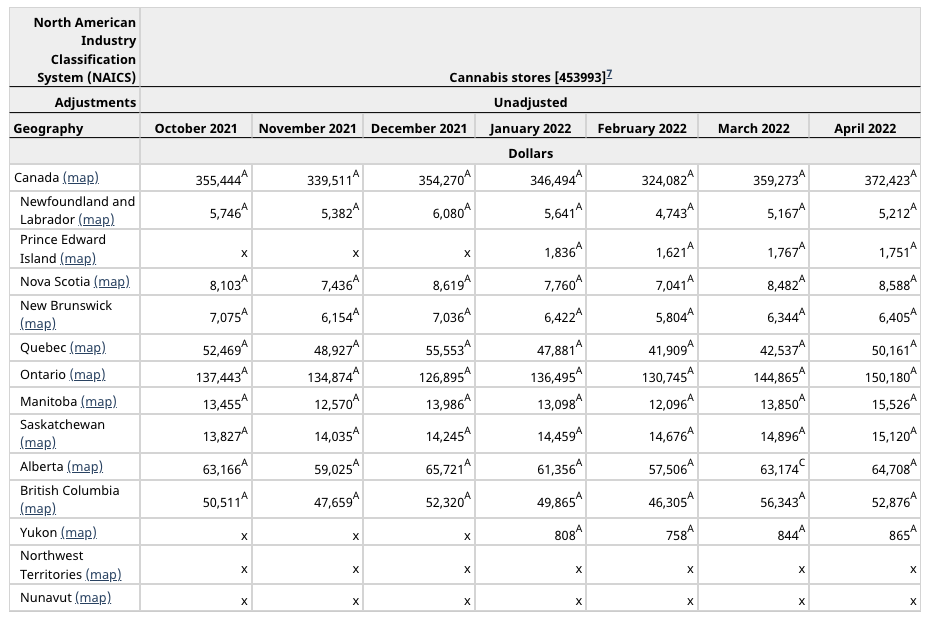 Hifyre IQ had forecast April sales of C$370 million based upon its data. The data analytics provider has been estimating May sales to be 1% lower, which would be 1.7% below the actual April level and up 17% from a year ago, based upon its data. Hifyre estimates non-flower sales at 29.8% in April and 29.2% in May. 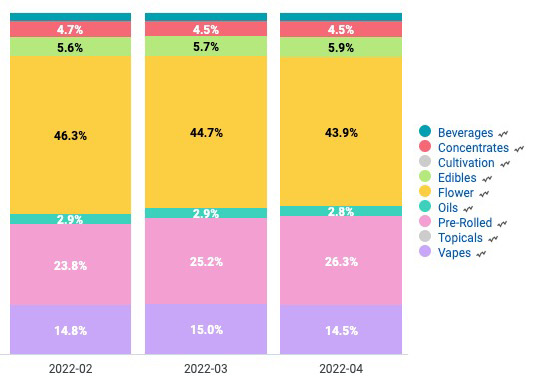 The May sales data will be released on July 22nd.