Statistics Canada released July retail sales for the country, with cannabis sales increasing from June by 4.5% to C$394.8million. The month was longer by 3.3%. June was revised from C$377.5 million to C$377.9 million. The sales were up 17.8% from a year ago, down from the 23.2% June growth rate. The growth was the lowest ever, behind the previous lowest annual growth rate of 19.2% in December: 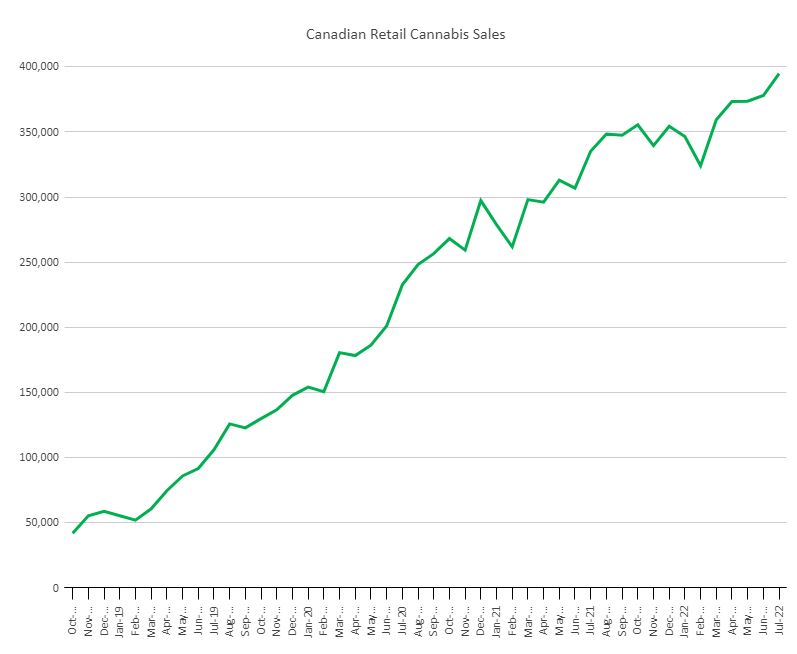 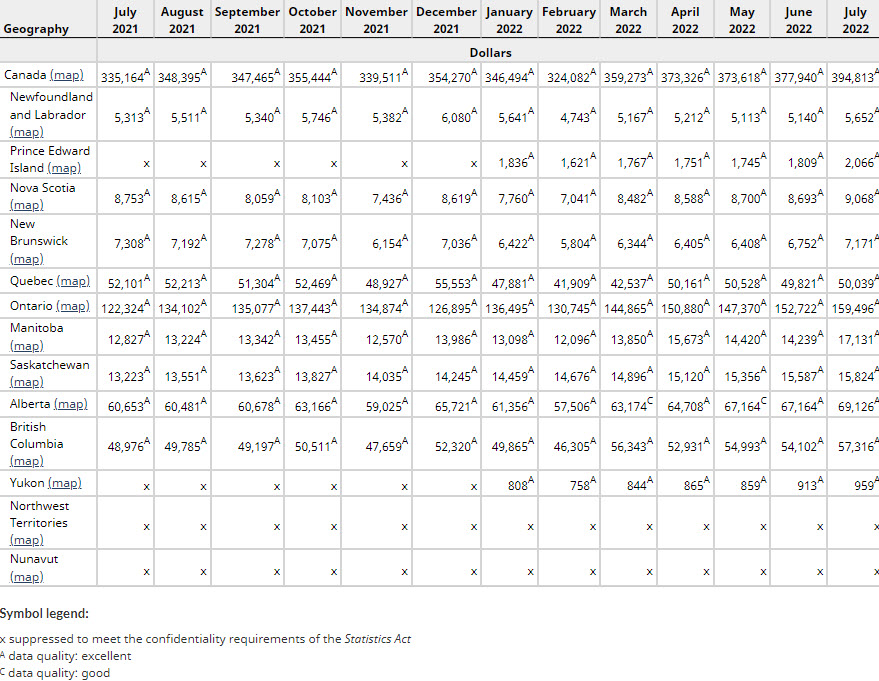 Hifyre IQ had forecast July sales of C$404.8 million based upon its data. The data analytics provider has been estimating August sales to be 0.6% lower, which would be 1.9% above the actual actual level and up 15.5% from a year ago, based upon its data. Hifyre estimates non-flower sales at 29.0% in July and 28.9% in August. 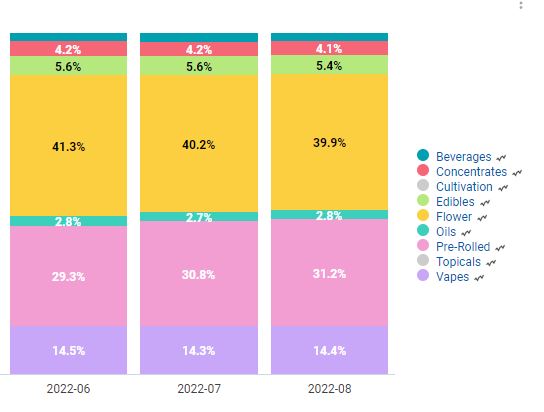 The August sales data will be released on October 21st.