Statistics Canada released November retail sales for the country, with cannabis sales decreasing from October sharply to C$373.3 million. The growth per-day slowed, as November has one less day than October. October was revised from C$389.2 million to C$390.2 million. The sales were up 9.9% from a year ago, up from the reported 9.5% October growth rate that was revised to 9.8%. In 2022, total sales have increased 17.6% compared to the first 11 months of 2021 to C$4.09 billion. 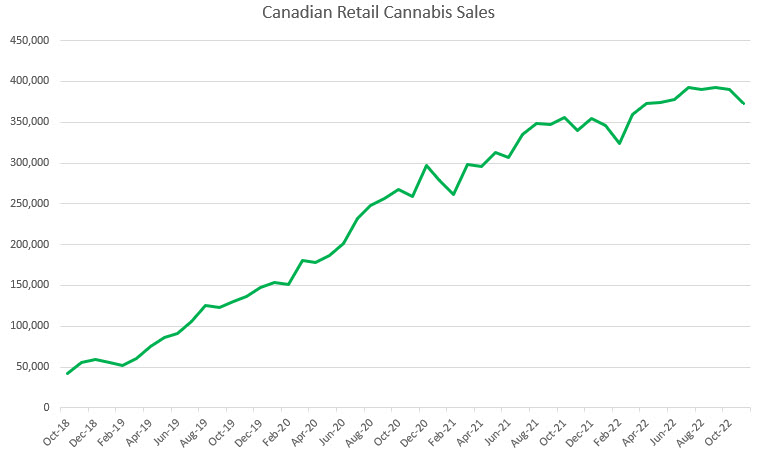 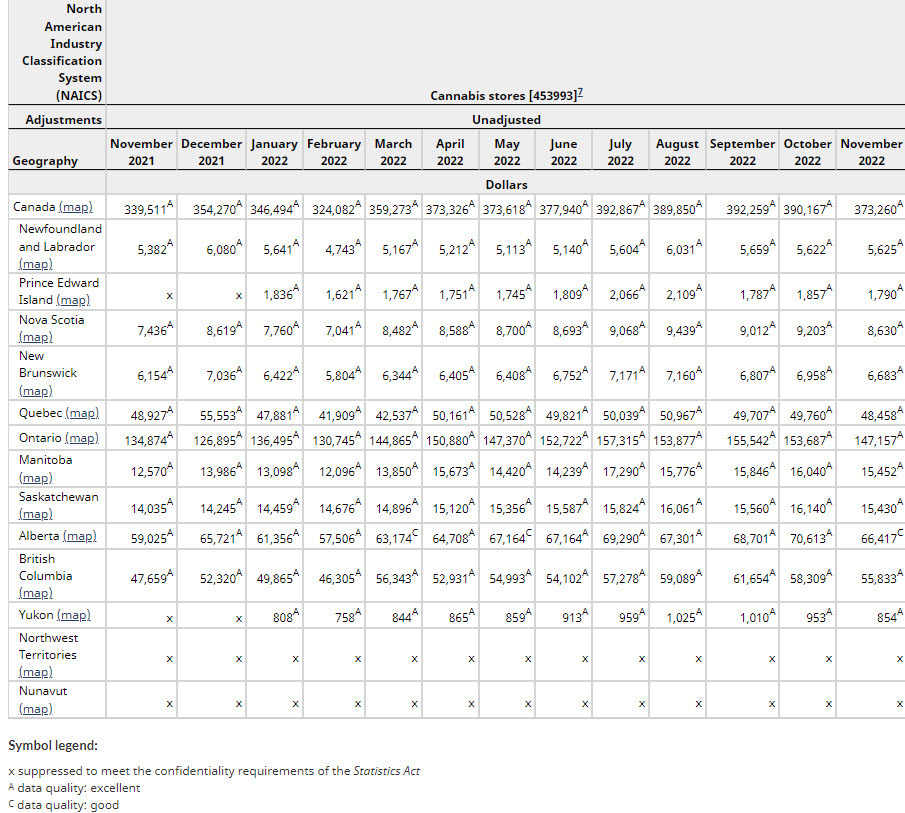 Hifyre IQ had forecast November sales at C$372.0 million based upon its data. The data analytics provider has been estimating December sales to be 8.7% higher, which would be 8.3% above the actual actual level and up 14.1% from a year ago, based upon its data. Hifyre estimates sales outside of flower and pre-rolls at 31.0% in November and 32.5% in December. 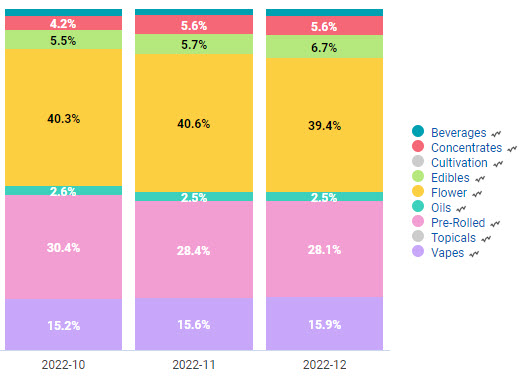 The December sales data will be released on February 21st.