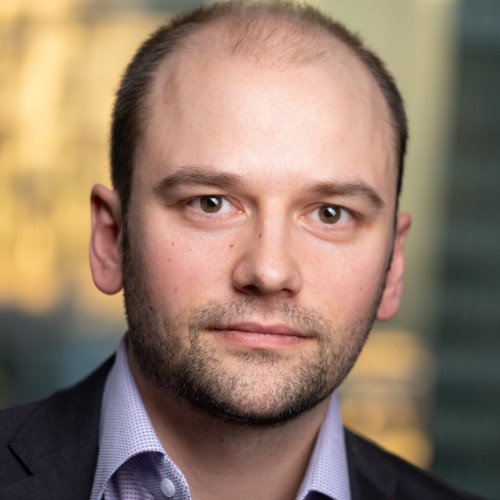 In January, Zenabis Global (TSX: ZENA) (OTC: ZBISF) was formed as the result of the reverse takeover of Bevo Agro by Sun Pharm Investments. In less than a year, the company has increased its licensed production capacity from five tons to more than 50 tons. CEO Andrew Grieve spoke with New Cannabis Ventures about the company’s values, growth strategy, and approach to funding. The audio of the entire conversation is available at the end of this written summary.

Grieve has a background in finance and technology ventures, as well as the military. Before becoming CEO of Zenabis, Grieve worked with the Benne family, the majority owners of Bevo Agro. When the family first considered entering the cannabis space, they asked for his perspective. Grieve helped orchestrate the RTO that formed Zenabis, and the board of directors asked him to fill the role of CEO.

The Zenabis Team and Values

The company and its team are built around a shared set of values: compliance, responsibility, excellence, and delivery. Grieve is joined on the management team by other leaders like Chief Growing Officer Leo Benne, Chief Revenue Officer David Lluncor, and CFO Mike Smyth. Benne helped build Bevo Agro from 2.5 acres to more than 50 acres. Lluncor has a depth of experience in the CPG and grocery space. Smyth served as CFO of a company that later sold to Canopy, according to Grieve.

Zenabis started as a relatively small producer with just five tons of capacity. The company increased that capacity to 50 tons at a rapid pace, and it aims to reach 140 tons of licensed capacity by the end of the year. The company’s business model combines that high level of growth with a low cost of cultivation and production. For example, the company’s cash cost of cultivation at its Atholville, New Brunswick facility in the second quarter was $0.78 per gram.

The company has an extensive distribution network that spans nine provinces and the Yukon Territory. Zenabis also has medical distribution through an online platform and partnerships with Shoppers Drug Mart and Pharmasave.

Outside of Canada, Zenabis expects to have its first shipments to the EU through its Malta joint venture in the fourth quarter of this year.

Capacity is only part of what it takes to become a major player, according to Grieve. The company is also focused on having products that consumers want, both flower and value-add options. The company’s current brand portfolio includes the premium recreational brand Namaste and the medical brand Zenabis.

The company also plans to launch Founders Reserve, a micro cultivation brand, through its Zen Craft Grow program. Zenabis will soon have one of the first micro cultivation licenses through a partner, according to Grieve.

Zenabis has done a number of financing deals since it formed at the beginning of 2019. It has focused on finding innovative ways to secure capital while minimizing dilution, according to Grieve. For example, the company has secured prepaid supply agreements with Tilray and Starseed. The company received $40 million in cash for those two deals. Zenabis traded a limited percentage of its 2020 volume for cash that is non-dilutive at pricing, according to Grieve.

At the beginning of the year, Zenabis secured a $51 million credit facility. More recently, the company took on an additional $25 million in senior secured debt financing, with limited dilution. Zenabis opts to pay a higher interest rate in exchange for less dilution, according to Grieve.

That funding has helped the company accomplish the significant ramp-up of production capacity in the short time since its inception, and it has provided sufficient working capital to help the company be cash flow positive. Beyond that, the funds will be used to explore different products. Grieve does not currently see the need to raise more capital.

As far as what it takes for cannabis companies to achieve global success, Grieve thinks the formula has yet to be defined. Growth itself is a challenge, particularly adding the people necessary to keep up with the needs of scale, but the industry’s opportunity to disrupt is enormous. He sees the rest of the world looking to Canada as a model for successfully legalizing and rolling out cannabis.

To learn more, visit the Zenabis website. Listen to the entire interview