Canopy Growth (TSXV: CGC) announced  that it sold 4.35mm shares at a $2.30 offering price to a group of underwriters led by Dundee Securities.  The “bought deal” means that CGC will raise almost $10mm after subtracting the underwriting discount.  The offering could be expanded by an additional 652,500 shares that would result in gross proceeds of $11.5mm if the underwriter exercises its option. The financing is above the price of the last raise, which was in October after the elections in Canada and was at $2.05. This deal was priced below the recent trading range and a 14.5% discount to today’s close at $2.69: 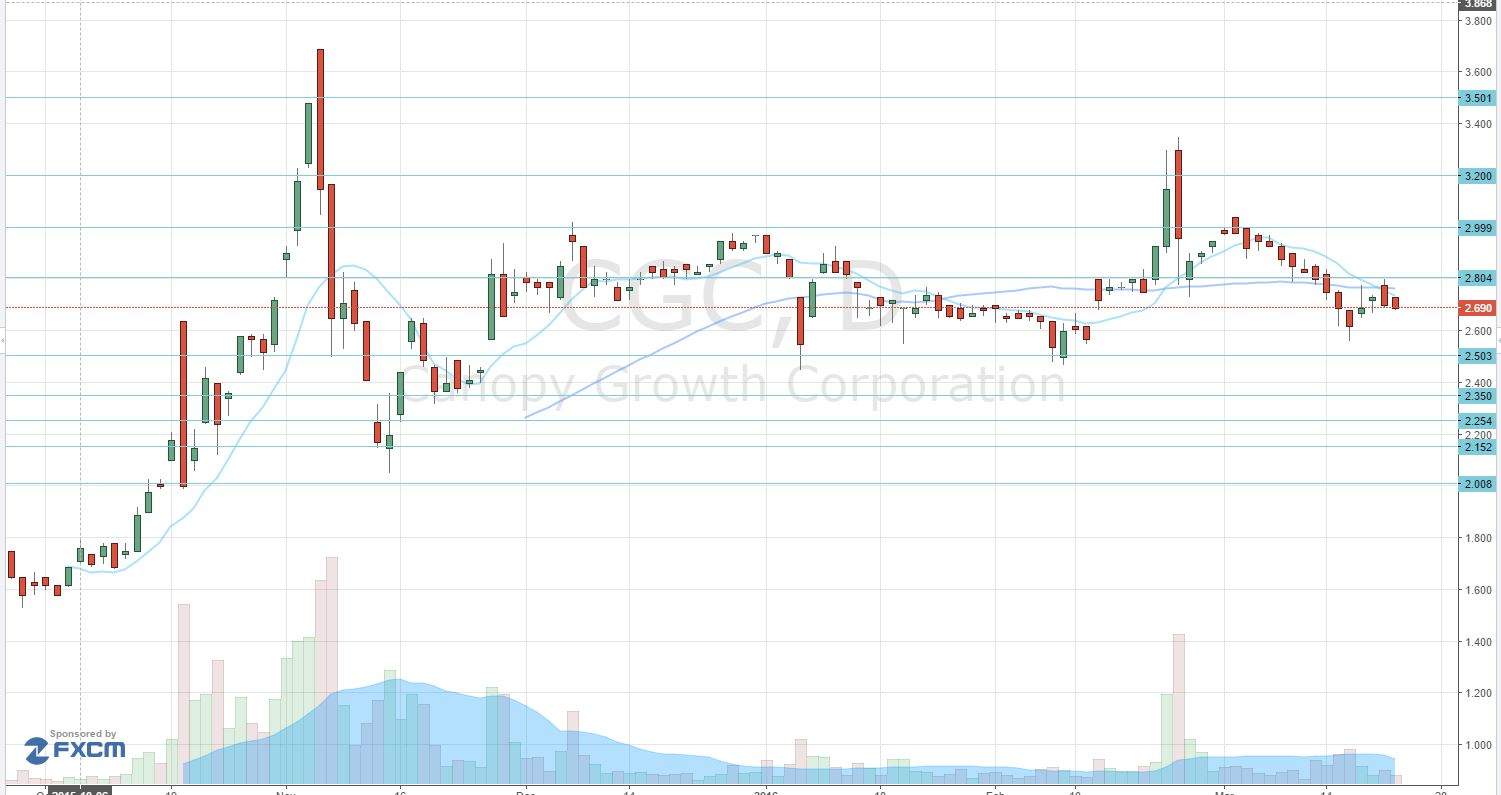 The company, which operates subsidiaries Tweed and Bedrocan Canada, said that it will use the proceeds of the deal, which is expected to close on April 15th, “for capital expenditures and for working capital and general corporate purposes.”  The raise may fuel speculation that the company might be interested in geographical expansion, including the potential acquisition of another licensed producer or late-stage MMPR applicant.  The company purchased what is known now as Tweed Farms in a similar manner, working with Health Canada to finalize its license application.

CGC’s fiscal year-end is March 31st.  As of Q3 ending 12/31/15, the company reported cash of $19.7mm.  The company used $4.2mm to fund operations in Q3, and CEO Bruce Linton has suggested that the company is taking a long view, with more of a focus on acquiring customers and expanding the brand rather than near-term profitability. Assuming the exercise of the underwriter’s option, the share-count will rise from 98.5mm to about 103.5mm.  The company also had 6.9mm options outstanding at an average exercise price of $1.78 as of Q3 and recently issued 950K options to officers and directors at $2.95.