Just four months after announcing its intent, Canopy Growth has been approved by Health Canada to cultivate in a British Columbia greenhouse as of February 16th. The license represents the 90th issued in Canada. 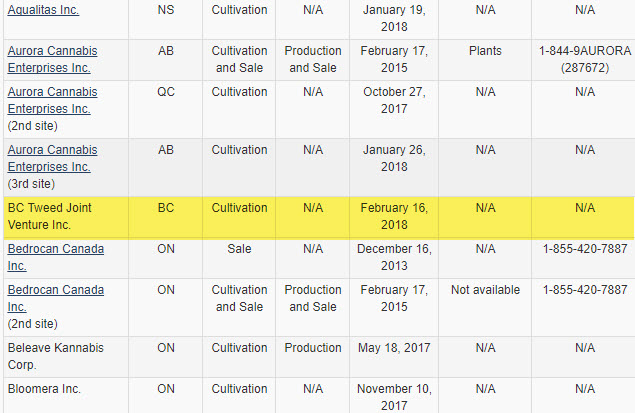 The approved greenhouse is 1.3 million square feet. The company had first disclosed its application in mid-October for two sites, suggesting that it would be producing cannabis for sale by July 2018. Canopy Growth, which owns 2/3 of the joint venture with an undisclosed partner, now has production facilities approved in four provinces and in development in two. The company described its footprint in its recent quarterly MD&A. 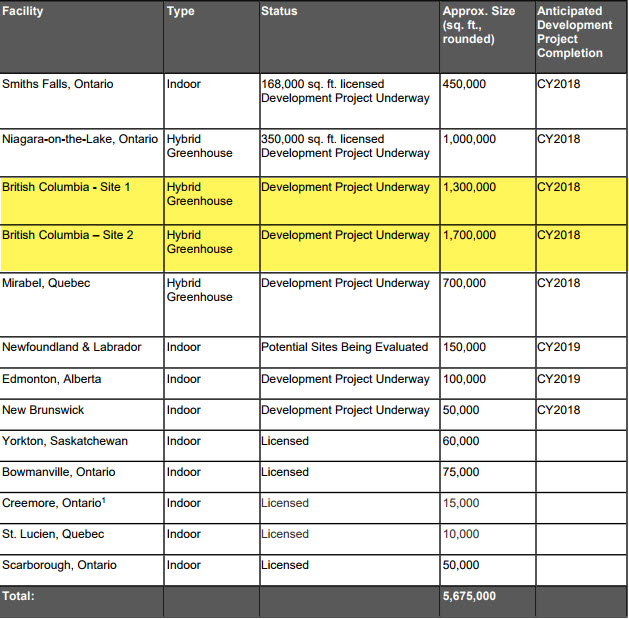