Last summer, New Cannabis Ventures reported on a crowdfunding cannabis company in California, Cultivation Technologies, Inc.,  making bold claims about a project in Coachella that it was touting as capable of producing $60mm in sales (by the end of 2016). We also uncovered undisclosed issues with the company’s CEO, Justin Beck, who had previously been subject to a five-year injunction by the SEC due to a settlement related to a penny stock pump and dump scheme.

The company and two of its principals, Beck and COO Richard Probst, have been sued by an investor, Dr. Mo Zakhireh, who invested $55,000, in the Superior Court of California in Riverside County, with the complaint alleging damages in excess of $100,000. According to the complaint, the defendants failed to disclose material facts and breached fiduciary duty, with “gross mismanagement of the corporation, self dealing by the individual defendants, dilution of the stock, corprorate (sic) waste, etc.”

The complaint described a land purchase from December 2016 financed with a mortgage that was due on April 30th and alleged that management failed to disclose that the company’s main asset was at risk of foreclosure. Insiders apparently have allocated substantial salaries to themselves despite the project not yet being operational, a total of $2.2mm for eight individuals:

We note that Miguel Motta, CFO, has is expected to be named CEO, while Beck will be moving into the role of Chairman and Chief Strategist.

The plaintiff, Dr. Zakhireh, who provided us with a written statement:

There are approximately 92 shareholders who have invested in this company. We are all hard working, passionate individuals. I as a Western trained physician believe in the science of cannabis and medical marijuana. It has so many applications such as epilepsy, depression, PTSD, chronic pain and even cancer. I entered this arena and invested my hard earned money along with many other well meaning professionals. 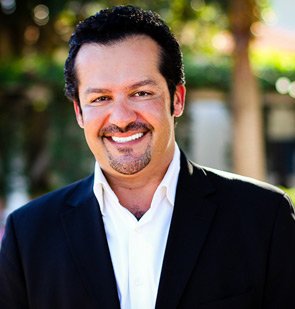 We believe that our rights have been violated, our dreams and aspirations trashed and belittled. The people responsible must be brought to justice if the cannabis industry is to become respectable and to thrive. This is the reason why I have chosen to stand up and fight on behalf of our shareholders and the whole cannabis industry.

The foreclosure, according to Dr. Zakhireh, did not take place following the filing of the lis pendens, with CTI now having until September 30th to address the default.

Once again, investors need to be extremely diligent when considering investing in private placements of cannabis companies. This sensationalistic pitch had previously shared a timeline suggesting the project would be operational by the end of 2016, but there still is no facility. The project even included several highly regarded advisors, including California cannabis lawyers Ariel Clark and Nicole Clark of Clark Neubert and securities lawyer Larry Horwitz of Horwitz + Armstrong. We reached out to the Clarks, who refused to comment on the situation. Calls to CTI, Beck and Probst went straight to voicemail. New Cannabis Ventures will monitor the story for further developments.

Editor’s note: We updated this article to correct the titles of Justin Beck and Miguel Motta, who retain their former titles but are expected to transition into new roles