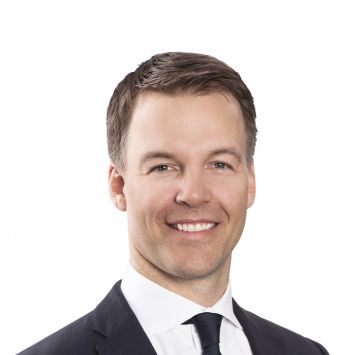 SNDL (NASDAQ: SNDL), formerly Sundial Growers, is now the largest private market distributor of cannabis and liquor in Canada, according to CEO Zachary George. George told New Cannabis Ventures about the company’s restructuring process in October 2021. Now, he reconnected to talk about the company’s recent rebranding, the acquisitions, including one that was just announced (Valens), and the future of the company.

When George stepped into the CEO role in early 2020, the company’s core asset was its indoor cultivation facility in Olds, Alberta. As the company moved through its restructuring process, it became clear that the name Sundial Growers was no longer relevant. The company’s operations had grown and expanded into other areas. The company has investment operations, and following the acquisition of Alcanna, a significant amount of its revenue comes from the liquor business.

The company’s new name is also a nod to the significant impact retail investors have had on the company’s ability to survive and adopt its new business model. The company’s stock ticker, SNDL, has become a brand itself, according to George. Now officially known as SNDL, the company will be more focused on its retail banners and products.

SNDL closed its acquisition of Alcanna earlier this year. Already, it has made significant progress in realizing cost synergies, according to George. He pointed to exciting developments in business technology and ecommerce capabilities. While the building blocks of the integration are in place, the company will continue to work on realizing the full potential of the acquisition.

The company has approximately 355 retail doors, about 180 of which are cannabis. It has a number of different retail banners on both the cannabis and liquor sides of its business. It has Spiritleaf and Value Buds cannabis retail stores. Its liquor stores operate under the Wine and Beyond, Liquor Depot and Ace Liquor banners.

SNDL still has its large, modular indoor cannabis cultivation facility. The company is facing the same challenges as other Canadian LPs: oversupply and price compression. But SNDL remains confident in the indoor environment’s ability to produce high-quality, consistent cannabis.

Over time, the quality of the company’s flower has increased dramatically, according to George. The cultivation team, overseen by COO Andrew Stordeur, has made improvements over the last several years. In early 2020, SNDL was averaging potency in the mid to upper teens. By June of this year, potency was north of 25 percent at harvest.

In August, SNDL announced plans to acquire The Valens Company in a $138 million, stock-based deal. The company has had a strong commercial relationship with Valens, dating back to before George took on the CEO role. He considers Valens to have some of the strongest cannabis 2.0 manufacturing capabilities in the industry. SNDL had an early focus on inhalable products. Now, with Valens, the company will be able to bring edibles, beverages and more inhalable products to market.

Poor pricing, oversupply and market saturation has put the cannabis industry in a weak position, according to George. He pointed out that scale is vital in this kind of environment, where it can cost millions of dollars just to cover the basic necessities of a cannabis operation. He expects that the industry will eventually become healthy and profitable for investors, but as it goes through these growing pains, many businesses will fail with consolidation continuing.

SNDL has a NASDAQ listing and its sights set on improving profitability. Looking back 14 months ago, the company had no retail exposure. Now, it has hundreds of retail doors in Canada. The company also has a pipeline of loans to some other small retailers, which opens the door to future M&A possibilities. Ultimately, the company wants to have a multi-banner retail model in which it has different offerings to target different consumers.

Acquisitions have ushered in new talent at SNDL. For example, the Alcanna deal has brought in a strong retail operations infrastructure and a new President of Liquor: Tank Vander. Marcie Kiziak is President of Cannabis Retail. She comes from Nova Cannabis, a subsidiary of Alcanna. Additionally, Robbie Madan is now Chief Information and Digital Officer. He previously served as Senior Vice President and Chief Information Officer at Alcanna.

SNDL also has senior secured credit investments through SunStream Bancorp. That portfolio stands at just under half a billion Canadian today, according to George. In addition to positioning the company for potential M&A, the portfolio contributes to cashflow.

With rising interest rates, the company has taken a number of fair value adjustments to the portfolio. George also pointed out that the market pressures felt in Canada, as well as the U.S., mean that many potential borrowers are not generating free cashflow. The company is working to maintain its underwriting standards, and it is becoming more difficult to find opportunities for deployment without sacrificing those standards, according to George. Considering the price the company’s equity is currently trading, the SNDL team has determined that repurchasing shares, instead of deploying capital into new loans today, will be a more accretive use of cash.

Senior secured credit has given SNDL a path into the U.S. market. The company has a sizeable U.S. footprint through its credit portfolio. The company expects to see defaults or restricting of some of the businesses it has credit exposure to, which creates ownership opportunities. But the company has not changed its focus on Canada, according to George.

SNDL has three business segments: cannabis, liquor and investments. The cash interest it earns from its credit portfolio and the capital contribution from liquor help to offset the challenges of the immature cannabis business, according to George. As the cannabis industry does mature, the way these business segments operate could shift. The investment portfolio could become a source of cash if capital recycling and allocation opportunities arise. Its liquor operations could eventually become a public, standalone entity. Likewise, a multi-banner, dominant retail cannabis business could be a standalone enterprise in Canada, according to George. Eventually, SNDL could become a sponsor and product provider for these various channels.

While a number of other Canadian LPs have large debt balances, SNDL has the advantage of working through that kind of challenge earlier. When George first took up the leadership mantle, the company had a balance sheet that peaked at almost a quarter billion in debt. The company was able to reposition the company and bring that amount of debt to zero. Today, it has approximately C$300 million in cash. It also has its portfolio of half a billion in investments. The company has a clean balance sheet, and the team is determined to take advantage of that position, according to George.

Retail investors have played a sizable role in the company’s success and path forward. At one point in 2020, more than one million individual Robinhood accounts held Sundial shares. The company’s bill for its annual general meeting and mailings was several million dollars, according to George.

While retail investors have been key to the company’s success, George does anticipate that the investor pool will evolve over time. As the industry matures, he sees more institutions participating in the industry. While retail investors may become a smaller percentage of SNDL’s investor mix, the legacy of retail shareholders will be felt for years to come, according to George.

While SNDL does not release forward-looking guidance, the company is running at nearly C$900 million in annualized revenue based on its latest quarter. Liquor revenue and a growing share of shelf space for SNDL branded retail products are helping to drive the company forward. The company is focused on its retail portfolio and pushing the company toward free cashflow.

Though the company still has to navigate the macroeconomic challenges of today’s cannabis business, it has the balance sheet to be strategic. And George sees plenty of opportunities for M&A and partnerships stemming from SNDL’s multi-segment business model.

Visit the SNDL website to learn more. Listen to the entire interview: